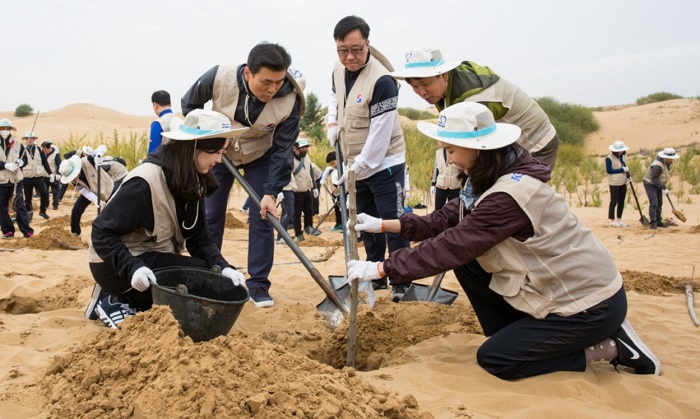 UIJEONGBU, Mar. 7 (Korea Bizwire) — Gyeonggi Province announced on Wednesday that it will plant 275,000 trees in the desert in Inner Mongolia over the next five years, in order to reduce fine dust coming from China.

Gyeonggi Province signed an agreement confirming the specifics of the project with the Korea-China Youth Association and the China International Youth Exchange Center at the Provincial Government office in Uijeongbu.

Under the agreement, the three parties will set up the Gyeonggi Green Ecological Garden and plant 55,000 trees every year for five years. Gyeonggi Province is set to invest 750 million won (US$664,000) in the project.

The three parties will also actively cooperate to prevent the spread of desertification in China, and exchange technology to create ecological gardens. 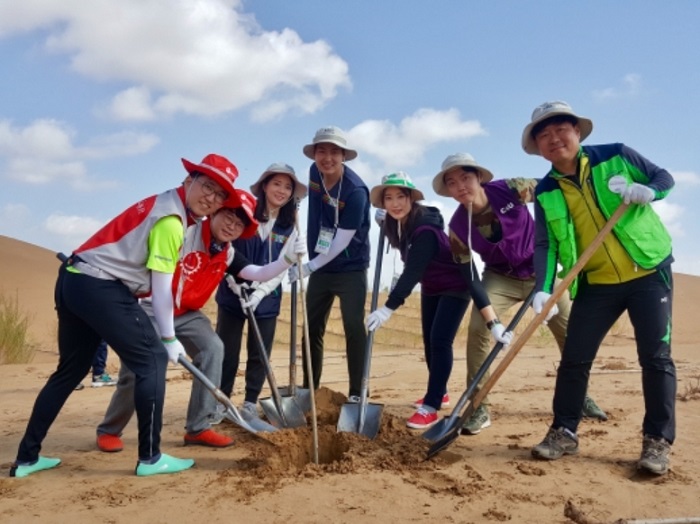 Gyeonggi Province carried out two afforestation projects from 2009 to 2018 and planted 1.21 million trees in the same region, including willow trees.

“We will continue to work with the Chinese government in afforestation based on our achievements over the past decade,” a Gyeonggi official said.

“We expect the two countries to cooperate on environmental issues such as fine dust and marine pollution that are becoming serious in the days.”