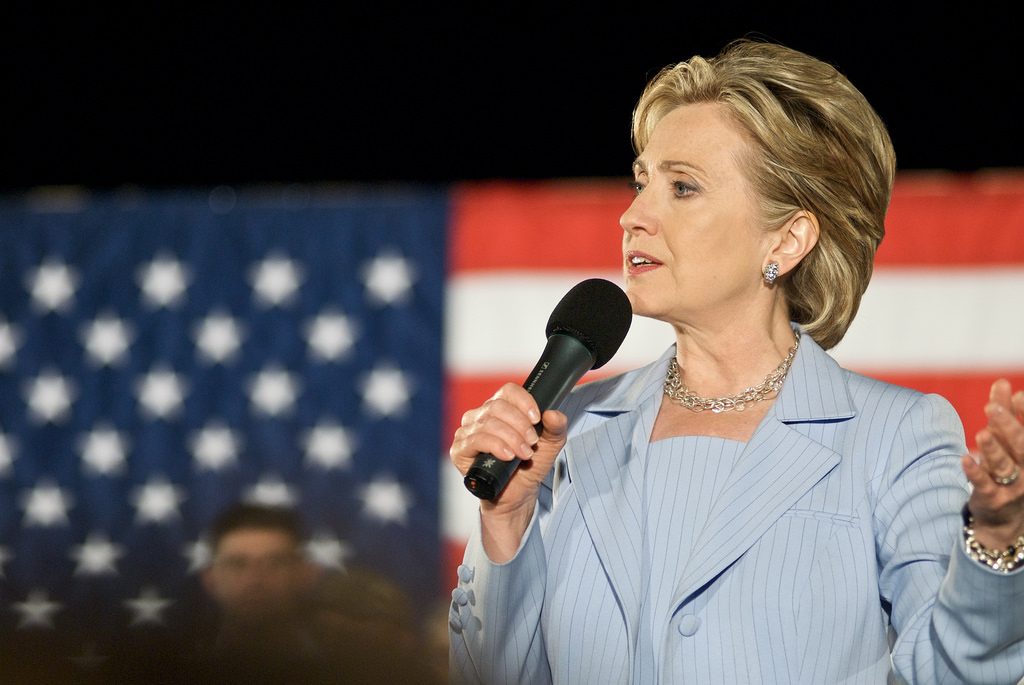 Unlike Obama, who put a bigger focus on policies toward the Middle East, Hillary is expected to prioritize policies aimed at protecting its key Asian allies such as South Korea and Japan from ever-growing nuclear and missile threats posed by the North, Chung said. (image: Flickr/ Keith Kissel)

SEOUL, Oct. 18 (Korea Bizwire) – Hillary Clinton’s policy on North Korea is likely to be tougher than that pursued by President Barack Obama in the event she becomes the next president of the United States next month, an official said Monday.

Clinton is “expected to take strong and stern measures against the provocative North. She has mentioned that Obama’s policies toward Asia have not been successful,” Chung said in a lunch meeting with reporters.

Obama has not offered any new incentives toward North Korea to help curb its missile and nuclear programs under the so-called “strategic patience” policy toward North Korea. The North has carried out two nuclear tests and multiple missile launches this year alone in what some watchers say is an attempt to get Washington’s attention.

Chung said it won’t take much time for Seoul to figure out Hillary’s policies toward the North if elected as the next U.S. president. Her stance toward Pyongyang’s provocations is already widely known in the international community, he said. Obama is scheduled to leave the White House after his two four-year terms in January next year.

Unlike Obama, who put a bigger focus on policies toward the Middle East, Hillary is expected to prioritize policies aimed at protecting its key Asian allies such as South Korea and Japan from ever-growing nuclear and missile threats posed by the North, Chung said.

“Given the North appears to have made some progress in its nuclear weapons capabilities, the U.S. will have no choice but to put top priority on North Korean policies,” he argued.

North Korea has staged a series of missile tests to achieve its stated goal of eventually building long-range nuclear missiles capable of striking the U.S. mainland.

In its latest provocations, the North attempted to launch a Musudan intermediate-range ballistic missile on Saturday near the northwestern city of Kusong, near the “Dongchang-ri” or “Sohae” missile launch site. The launch is deemed to have failed.

Last month, the North fired three medium-range missiles, all believed to be Rodongs, that flew about 1,000 kilometers and fell into Japan’s exclusive economic zone. A month earlier, another Rodong missile fired by the North also traveled about 1,000 km, the longest-ever flight by that missile.

Deepening worries about the North’s weapons programs, a missile from a North Korean submarine flew about 500 km, the longest distance achieved by the rogue state for such a weapon in August. Submarine-launched missiles are harder to detect before launch than land-based ones like Rodongs.