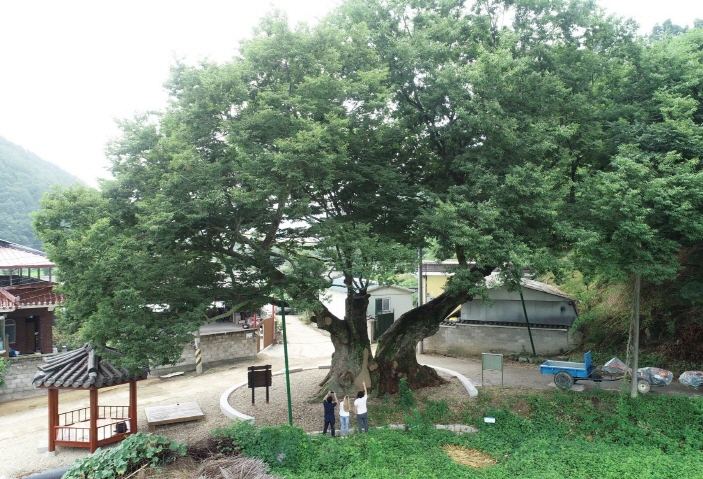 YEONGDONG, Aug. 14 (Korea Bizwire) — A gigantic zelkova tree in North Chungcheong Province is known as the “independence fighter tree,” having been around for approximately 350 years in the small village of Bakgye-ri in Haksan-myeon, Yeongdong-gun.

The tree got its nickname after villagers climbed up to keep watch over Japanese military police during the March 1st Movement in 1919.

Measuring 10 meters in circumference and 20 meters in height, the tree splits into two at the base, making it easier to climb.

Last year, the tree was given a nourishing boost with the dried-up soil near the tree’s base replaced with new soil supplemented with nutrients. In addition, the branches of the tree were given liquid injections.

Thanks to such efforts, the tree has been boasting lush leaves this summer despite the season’s heat wave and drought.

A military official said that the tree has recovered its vitality thanks to the nourishment it has received.

“Because of the honorable spirit that is associated with the tree, we are protecting it with care,” said the official. The municipality of Yeongdong-gun has been taking care of the tree since 1982.