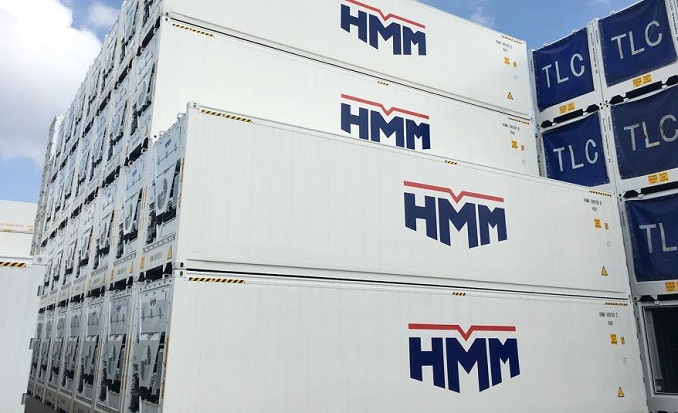 Thus far, to provide temperature information on reefer containers to shippers, the company had to rely on its seafarers who needed to check the temperature manually by themselves.

However, if IoT equipment is installed in such containers, the position of cargo can be checked in real time.

In addition, other information including changes in temperature, humidity, carbon dioxide and vibration that previously needed to be checked by seafarers on board, will be able to be checked and adjusted anywhere in real time.

After one or two years of trial operations, HMM plans to expand the application of the IoT reefer containers.

HMM had completed the installation of IoT equipment for about 800 new reefer containers by late September. The company plans to install such equipment in about 1,000 containers by the end of this year.

In addition, it plans to set up a monitoring system for such containers by the end of December and accumulate the data, including analysis results that would be used to save costs, improve operation and enhance service for shippers.