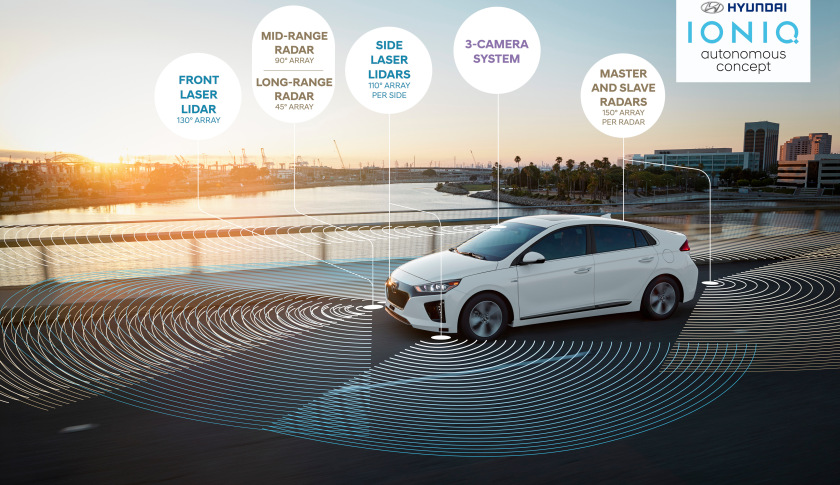 With the memorandum of understanding signed Monday between Hyundai Motor Company, Kia Motors and the city of Hwaseong, the two companies will be able to test vehicles equipped with V2X (or vehicle-to-everything) communication systems – essential technology that allows self-driving cars to share and exchange various road and vehicle information necessary for autonomous driving.

The project will begin in January, and according to company officials, the new test-bed will allow them to experiment with the V2X’s effectiveness and marketability, while at the same time providing a better picture for cities to help establish safer traffic infrastructure that can reduce car accidents.

In accordance with Monday’s agreement, Hyundai and Kia will establish V2X infrastructure, operate test vehicles, and provide V2X-related services in Hwaseong, while the city government will share traffic light information and deliver any other necessary administrative assistance to establish the test environment.

The infrastructure will be established along a 14-kilometer route from Hyundai and Kia’s Hwaseong technology institute to Hwaseong city hall, through the city and towards Bibong tollgate. V2I (vehicle-to-infrastructure) communications stations and infrared cameras, to detect car traffic and pedestrians, will be installed at seven crossroads along the way.

“We’ll spearhead the era of autonomous vehicles in Korea through more active public-private cooperation in the future,” said a Hyundai official.