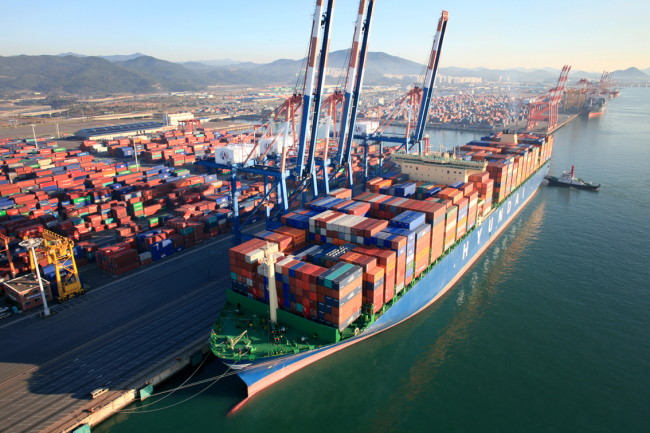 A block train service is a train where all the cars carry the same commodity and are shipped to a single destination from a single origin.

South Korea’s top shipping firm said it has been collecting cargo at Busan, Incheon and Pyeongtaek ports for the unit train service using the TCR since early this month.

The shipping company will bring the cargo to Qingdao and Rizhao in China’s Shandong Province, from where it will be sent to Chengdu in the southwestern province of Sichuan.

The cargo will then go to Dostyk in Kazakhstan and on to Poland on the TSR.

Hyundai Merchant Marine said Samsung SDS, LG Electronics and Hyundai Glovis and several other companies have expressed interest in the use of the block train for the shipping of televisions, refrigerators, air conditioners, auto parts and other high value-added products.

The service using the TCR reduces the travel time to Poland to 18 to 23 days from the 35 to 40 days needed for sea transportation.

The service to Europe using the TSR takes at least 30 days.

It costs up to US$7,000 for the delivery of goods to Europe through the TCR per TEU (20-foot equivalent unit) container compared with up to $4,000 on the sea route.

“We are trying to make efforts to enhance the competitiveness of the TCR block train in terms of prices,” an official of the Ministry of Land, Infrastructure and Transport said. “We’ve made some progress in the subsidy negotiations with Chinese provincial governments. We need to reduce the 99 percent dependency on the sea route for the delivery of exports.”