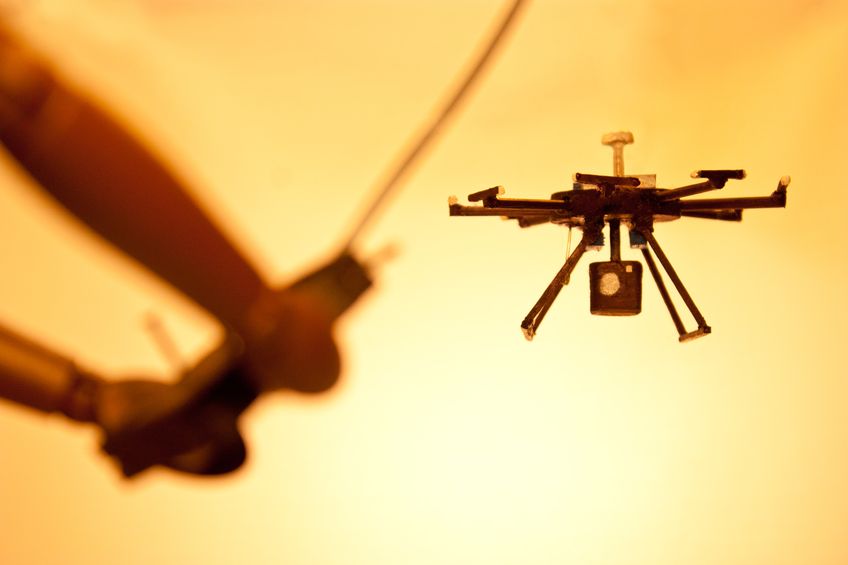 “Korea also agreed to expand the usage of drones in business at the 5th Minister Conference for Regulation Reformation last July, but to foster the startup companies, it is still necessary for more space to be acquired for commercial drones to fly.” (image: KobizMedia/ Korea Bizwire)

SEOUL, Oct. 17 (Korea Bizwire) – The opinion that a regulation free zone should be implemented in Korea has been proposed as the global service market for commercial drones is now estimated to be 144.8 trillion KRW.

According to the report “Current Status of Commercial Drones and the Policy to Deregulate the Operation” proposed by KIET (Korea Institute for Industrial Economics & Trade) on Oct. 16, drones are being used mainly for transportation and delivery service now, but they can also be used for other industries like social infrastructure, agriculture, transportation and logistics, and security.

The report also says the market for service with commercial drones is estimated to be 127 billion USD in 2016.

As the commercial value of drones is increasing, more drones are being implemented broadly in other parts of the world.

China’s DJI, which commands 70% of global commercial drone market, entered agreements with Switzerland and the U.S. to expand its commercial base last June, and is also planning to conduct joint research with Washington State University and Kansas State University to activate the usage of drones in precision agriculture.

Parrot, the French company that is the world’s number two drone maker, is making attempts to combine drones and smartphone apps, and 3D Robotics, the number one drone company in the U.S., is trying to ingratiate itself with consumers by making its drone software available to the public.

Regulations that have been hindering the development of drones have also been alleviated.

In the U.S., drones less than 55lbs (24.9kg) no longer need permission to fly, and drones are allowed to be flown anywhere in Japan except around airports.

The KIET report says, “Korea also agreed to expand the usage of drones in business at the 5th Minister Conference for Regulation Reformation last July, but to foster the startup companies, it is still necessary for more space to be acquired for commercial drones to fly.” The report strongly asserts that it is vital for Korea to implement a regulation free zone.

The report also says, “Since there are so many ways drones can be connected to the market by implementing new technology, Korea is prone to overlapped or missed areas in regulations.

One of the ways to solve this issue would be to hold discussions among a wide range of people including entrepreneurs, consumers, technical experts, regulators, and other specialists to make smart regulations to stimulate the usage of drones.”