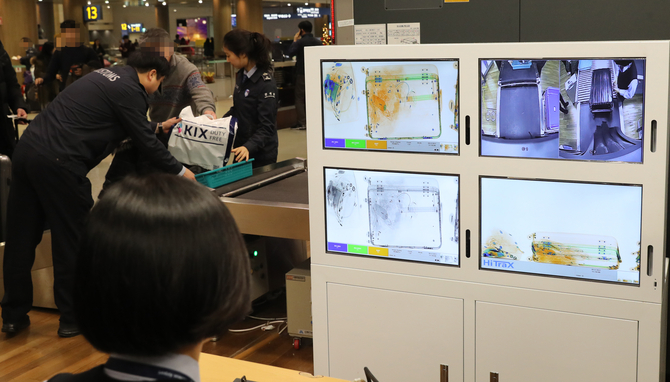 The government finalized the initiative along with a new counterterrorism action plan for the next six months on Monday at Central Government Complex in Seoul.

The government, on top of the new AI-based system, will improve the current detection system to better identify materials or individuals with potential terrorist threats.

The new AI-based X-ray identification system will scan all luggage and materials passing through security checkpoints to match them with the AI’s database on various weaponry and explosive devices.

During the test run, the government plans to operate both the old and new identification systems simultaneously to maximize the accuracy and efficiency of the security checks.

In addition, special agents will be deployed in the airport to identify suspicious individuals via CCTV and locate them if necessary.

Drones will also be deployed at Incheon and Gimpo Airports to bolster the surveillance system and better address various terrorist threats.