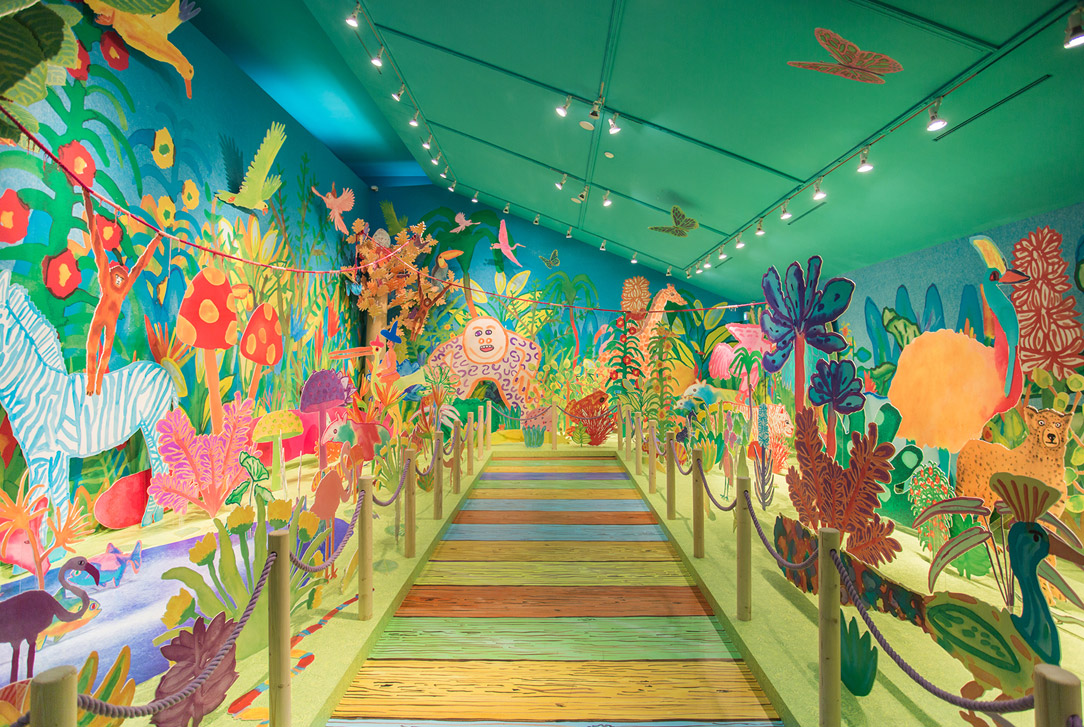 SEOUL, Apr. 27 (Korea Bizwire) — For a young Todd Selby, the most important and coolest kid in school was not some sports guy or cheerleader: It was this guy who would sit at recess and draw Garfield the cat over and over again. Selby’s cheerful celebration of an outsider, a creator or an artist continued until he grew up to be an artist himself who “celebrates other creators and respects and brings them up.”

Selby shot to fame in the late 2000s when his photographs of interesting friends and acquaintances at ease in their equally interesting homes drew attention from creative people around the world. With a growing list collaboration invitations from the world’s most innovative people like Karl Lagerfeld and Pharrell Williams, Selby, a photographer, illustrator and creative journalist, will open a solo exhibition at Daelim Museum in Seoul on Thursday, which is more about himself than about the subject.

“The Selby House” is his full-blown, first-ever solo exhibit, with photography, illustrations, drawings, installations and sculptures, including a large body of new work created for specifically for the Seoul show.

“The show reflects a lot of my personal philosophies which I would like to share with you. Artwork or creative expression is something that we can all do. It is not in the hands of experts or something that you need school or special training for necessarily,” he said during a press briefing on Wednesday. “As a person who taught myself, I would like to encourage all of you to go out to make art for yourself.”

The large-scale exhibition at the four-story museum is as much an introduction to his art work as it is to his own life. On the third floor, the artist has reconstructed his own living room, studio and bedroom under the title “Selby the Neighbor.”

While his work has been very much about visiting people and documenting their life and spaces, he said he would like to share something about himself — his home and work process. 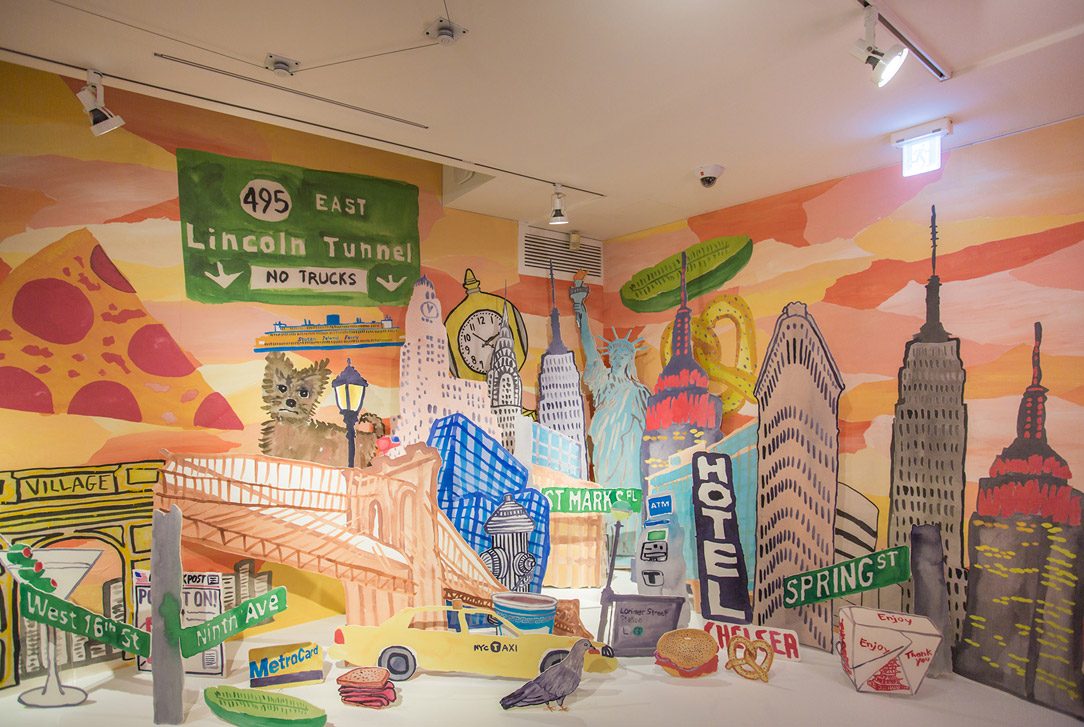 “You will see a kind of fictional yet somewhat realistic expression of what my bedroom might look like with all of my real things in it and my working studio with my actual camera, drawing supplies and unfinished paintings,” he said, adding that by entering the exhibition space, people can learn something about him.

Paints, brushes and other miscellaneous items, all necessary for his creative work, are scattered over on his work desk. While confusing and messy, it shows his unique individual style at the same time. The artist said he felt that showing part of his private life was the right thing to do because he spends so much time documenting other people’s lives and spaces.

The museum and the artist have turned the top fourth floor into a fantasy world from a dream he had during a family trip to Papua New Guinea, which he had mistakenly thought was Hawaii in the beginning. Listening to his father talking about a cannibalistic tribe they were about to go after before he went to sleep, he dreamed of a jungle that night. He created the Jungle Room based on the childhood dream.

As a self-taught man, he cherished not being an expert on anything, which, he said, ironically enabled him to stay humble and try new things as he wanted.

“I know very little about so many different things. I can move freely between mediums and it is an advantage of not being an expert,” he said. “I try to stay true to myself as a creator but at the same time, I constantly change, evolve and challenge myself.”

The exhibition runs though Oct. 29.