SEOUL, Dec. 1 (Korea Bizwire) – Interstellar, the sci-fi film directed by Christopher Nolan, has attracted 8 million viewers and is projected to exceed the 10 million level in no time. According to the box office figures compiled by the Korean Film Council, its cumulative moviegoer number hit 7,965,644 as of November 29 by admitting 300,000 on the day alone. The number will easily surpass 8 million on the following day.

This is the second time for foreign movies this year to go over the 8 million mark in admissions after Frozen. In the fourth week since release, the box office numbers have not tapered off, hinting that it would become one of the movies attracting more than 10 million viewers.

As Interstellar creates a vogue in science fiction movies, the sales of children’s scientific instruments like telescopes and toys have skyrocketed as well. According to G-Market, online retailer, on November 28, for the 20 days between November 6 and 25 since the movie’s release the sales of scientific instruments and toys increased 67 percent from the same period last year. 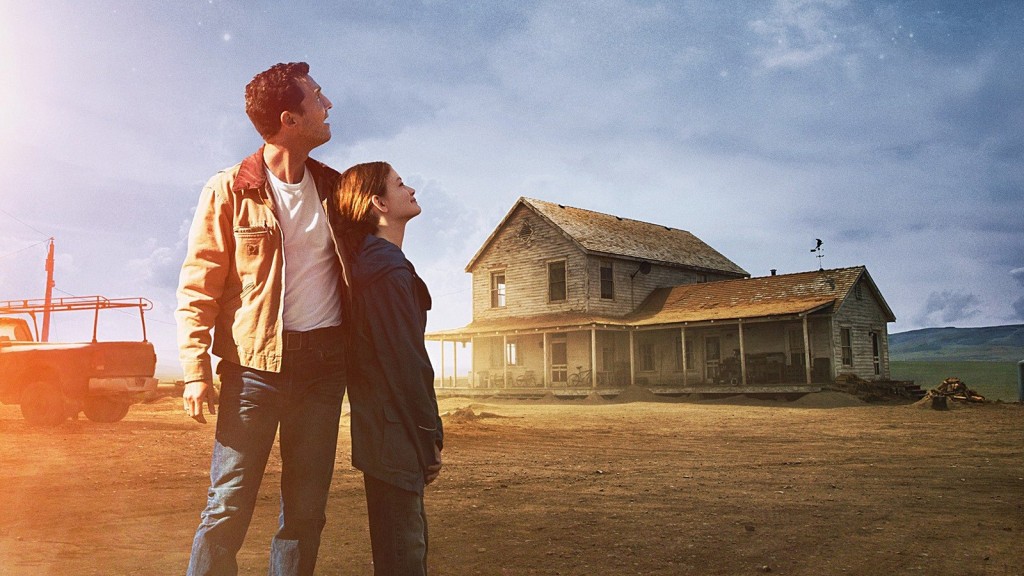 A G-Market official said, “Due to the fad created by Interstellar, several categories such as toys and books are benefiting as popular gift items. It is likely the sales to rise further in the upcoming Christmas shopping season.”

The same is witnessed by Auction, another online retailer. During the same November 6-25 period its scientific instrument and experiment item sales rose 50 percent, with other categories such as rocket assembly kits and telescopes rising by 45 percent and 20 percent, respectively. The sales of natural science books jumped 105 percent.

In particular, Cosmos, the 1980 book by the late astronomer Carl Sagan, is currently ranked No. 1 among natural science books on Auction Books. Yes24, online bookseller, is also capitalizing on the Interstellar craze as it is holding a special promotion event “Meeting between Science and Movie: How to Watch Interstellar More Fun” and sell books like What is Relativity? and A Brief History of Time, as well as Cosmos, the books hitherto interested science buffs only.

Other entertainment companies are getting on the bandwagon too. IPTV operator LG Uplus has recently launched a documentary series “The Secret of Interstellar” in which it offers a variety of video-on-demand documentaries on astronomy, including Cosmos: A Spacetime Odyssey (National Geographic), Brian Greene’s The Fabric of the Cosmos, Storm Worlds and Comets: Target Earth will be on air for video-on-demand customers. 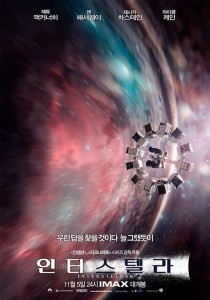 The Fabric of the Cosmos tackles scientific principles such as quantum mechanics and wormhole theory featured in Interstellar narrated by the same-name book author Brian Greene. Cosmos: A Spacetime Odyssey is one of the most popular documentary contents on Uplus TV G this year.

Released on November 6, Interstellar is currently ranked No. 1 without any close runners-up. Already it has reached the status of fourth all-time highest grossing foreign movie after Avatar (13.62 million), Frozen (10.29 million), and Iron Man 3 (9.0 million). At this rate, it is not difficult to see the 10 million milestone within the year’s end. If it does, it would be the 13th movie to make the record and third among foreign movies.