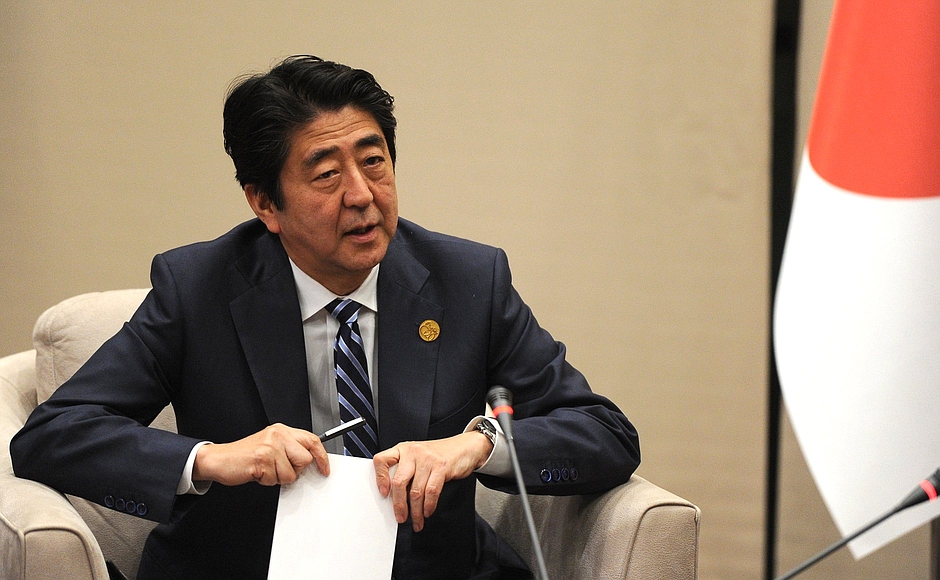 During a parliamentary session Monday, Abe said Japan is working on contingency plans for a possible influx of refugees from the peninsula in case of a crisis. He earlier said North Korea may have the ability to launch sarin-loaded missiles.

The remarks were made in the midst of growing concerns that the North might carry out an additional nuclear test or a long-range missile launch this month.

Some of South Korea’s social media users denounced the comments as Abe’s efforts to divert domestic attention from a property scandal involving his wife.

“Do not try to cover up your scandal with South Korea,” a person with the ID “dime****” said on the country’s top portal site Naver.

“South Korea should also declare that we will draw contingency plans for possible refugees from Japan’s radioactive contamination,” another user dubbed “pds7****” said.

On Saturday, the North marked the 105th birthday of Kim Il-sung, the late founder of the country and the grandfather of leader Kim Jong-un, by holding a military parade, showing off what appeared to be a new intercontinental ballistic missile.

It was followed by a botched missile test Sunday, the day U.S. Vice President Mike Pence arrived in South Korea for a three-day visit.