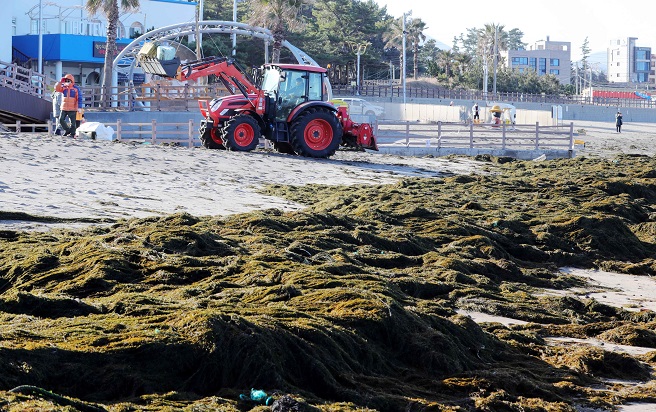 JEJU, Jan. 20 (Korea Bizwire) — Jeju Island is on alert as an invasive algae called Sargassum horneri is sweeping through the region earlier than expected.

The algae, called “gwaengsaengimojaban” in Korean, normally arrives on the coast of Jeju between March and June.

This year, however, the algae has appeared two months early.

The algae has formed a dark belt across the coastline, blighting the pristine landscape. In some areas, the algae has stacked up high enough to reach one’s knee.

It is estimated that some 1,000 to 1,500 tons of Sargassum horneri have blanketed Jeju’s northern coast. 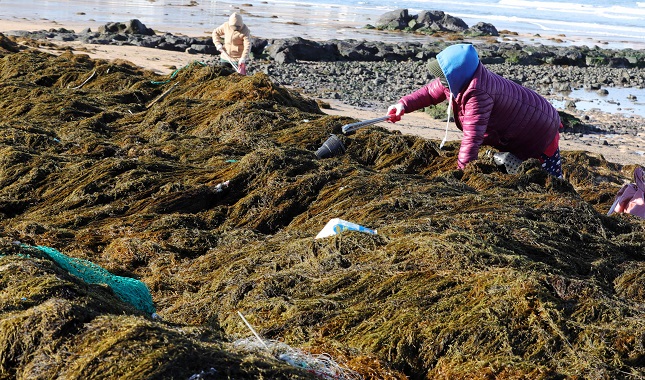 This time, however, the algae is assumed to have come from the Bohai Bay.