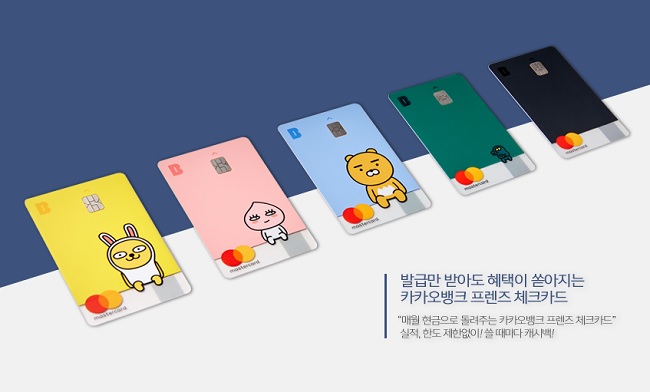 One of the biggest merits of Kakao Bank is its price competitiveness.(Image:Kakao Bank)

Pre-existing banks that had already entered the mobile financial space and K-Bank, the first internet bank in Korea, haven’t been able to draw as much attention as Kakao Bank.

What is it that is making consumers so enthusiastic about Kakao Bank? Replies on SNS and on internet investment boards show the bank’s appeal lies in its cheap prices, modern interface, and convenience.

One of the biggest merits of Kakao Bank is its price competitiveness. Its overseas wire transfer fee is 10 percent of that charged by traditional banks. It also boasts low lending interest rates compared with those of other off-line banks, with its lowest credit loan rate coming in at 2.86 percent.

The price edge comes from the low costs inherent to internet banks, which benefit from low operating expenses due to a lack of physical branches and face-to-face interaction with clients.

The bank’s success can be, in one aspect, attributed to the use of Kakao friend characters that are very familiar and are even gaining a fandom among the public.

Using emoticons from Kakao Talk, Korea’s number one mobile communication platform, in a strategy to deviate itself from the rigid image of conventional banks, Kakao Bank succeeded in crafting an idealistic image of a mobile-based internet bank.

Park Seong Eun, a new Kakao Bank account holder, said that the main reason she opened an account was the design of the bank’s check cards. She has purchased many Kakao friends products out of sheer love for them, and didn’t hesitate to join the bank once discovering that check cards featuring the characters would be issued.

For other individuals, the main reason for using Kakao Bank has to do with ease of use.  From the simple act of opening an account, the focus on user-friendly service was apparent, said another new account holder.

While opening an account with a conventional bank requires numerous steps including remembering new account numbers, opening a current bank account, and processing a one-time pass word device (OTP) in sequence, the process of opening a Kakao Bank account has been simplified into entering a verification code on a bank transfer memo with 1 won transferred to the new account.

When it comes to making a remittance, traditional banks’ online services require a financial authentication certificate and OTP, but with Kakao Bank, a fingerprint certification procedure and pressing a transfer button are all that is needed.

“The mobile applications from traditional banks have many menus and buttons to press, but Kakao Bank is without such complicated formalities, leading straight to remittance,” praised another new account holder.

Kakao Bank put significant efforts into improving the user interface (UI) of the mobile application before its launch, so that users are able to find significant differences in small details of the user-friendly application functions and check card designs in contrast to other banks, said Kakao Bank representative Yoon Ho-young.