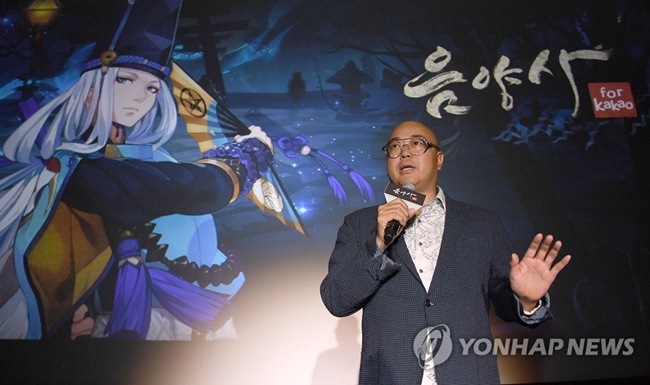 According to Rim Ji-hoon, the CEO of Kakao, separating the responsibilities of Kakao and Kakao Games in clearer terms is a strategic decision to boost the company’s business capability in the gaming industry. (Image: Yonhap)

SEOUL, Aug. 18 (Korea Bizwire) – South Korean messaging giant Kakao announced on Thursday it is incorporating all of its gaming business divisions into Kakao Games, its gaming affiliate, in a strategic move that will boost its competitiveness and expertise in the gaming industry.

The decision, which was made by the board of directors the day before it was revealed to the public, is reflective of Kakao Group’s ambition to expand its presence in the South Korean gaming industry by leaving Kakao Games to focus on gaming ventures, while Kakao shifts its focus to forging relationships with affiliates and playing the role of a platform via which users and business partners are connected.

According to Rim Ji-hoon, the CEO of Kakao, separating the responsibilities of Kakao and Kakao Games in clearer terms is a strategic decision to boost the company’s business capability in the gaming industry.

Nam Gung-hoon, who heads Kakao Games, said, “Through this merger, we have gained competitiveness as a gaming company encompassing mobile, PC, online and virtual reality as well as augmented reality games.”

Being incorporated as an affiliate in the summer of 2016, Kakao Games was merged with Daum Games last year, and plans are now in the works to list the gaming unit on the Korea exchange.

Kakao is also thought to have decided to merge Kakao Games Holding, a subsidiary company that holds a 41.8-percent stake in Kakao Games, forging closer ties between Kakao and its gaming unit.

However, the company denies rumors about any changes to its largest shareholder.

“This merger is to maximize efficiency by incorporating human and material resources effectively. As the merger took place with no capital increase, there won’t be any change to the largest shareholders,” Kakao said.