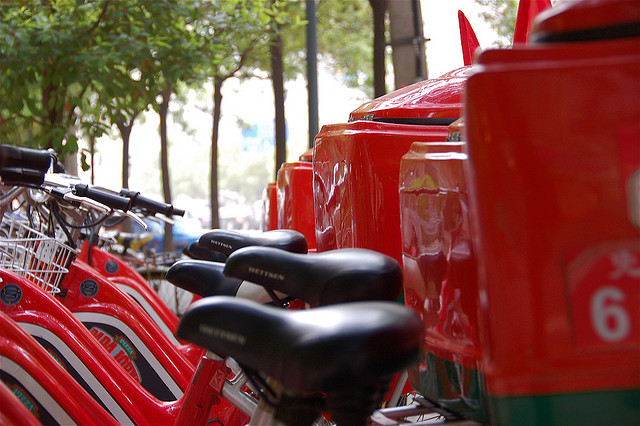 If the most important factor that led to the fast growth of food delivery market was people living alone, probably the second most important may be the smartphone. (image: xxom at flickr)

SEOUL, Korea, Nov 03 (Korea Bizwire) – Food delivery service is evolving in amazing ways. For the ten years between 2001 and 2011, Korea’s prepared food delivery market has increased ten times to 6.3 trillion won from 600 billion won. Change is visible in qualitative terms too. For example, many food service establishments are allowing their customers to use desktop computers or mobile devices to place orders instead of the phone. Some other food delivery service providers are also offering services to deliver foods of upscale restaurants.

The explosive growth of the food delivery market is largely buoyed by the rise in one-person families. According to the Korea Chamber of Commerce and Industry on October 17 in a survey on one-person households and their impact on consumer markets, they strongly tend to prefer one-stop shopping for virtually all items.

To a question “What kind food do you prefer?” the respondents answered in the order of fresh food (39.1%), instant food (38.5%), and processed food (21.8%), which indicates that they don’t distinguish so much between fresh food and instant food. To another question “What kind of food items or services do you want newly offered?” they said side dishes (45.2%), food items that can replace meals (44.0%), food varieties prepared and packaged for one-person families (43.6%), wider delivery services (42.4%), and rental service (39.6%).

If the most important factor that led to the fast growth of food delivery market was people living alone, probably the second most important may be the smartphone. For example, a smartphone app called “The Nation of Delivery” has been downloaded by almost 10 million users. With scores of participating restaurants in the network, the delivery service company allows their users to pick and choose food items of their choice and make payments in simple press of the screen. For its role in making food order simple and easy, the company won a grand prize in the “Smart App Award 2011” sponsored by the Korea Internet Professionals Association.

With scores of participating restaurants in the network, a smartphone app called “The Nation of Delivery” allows the users to pick and choose food items of their choice and make payments in simple press of the screen.

Of late, there are new smartphone apps that can suggest restaurants and food delivery operators nearby after finding out the user’s location. For example, “We the Delivery Family,” an app launched early this year, can enable you to set up your location automatically and give you a list of food items available in your area. As the app provides lists in different categories, including food types (such as pizza, Korean, Chinese, and fried chicken), menus provided by different restaurants, most popular items, and one-person orders, it is easy for the user to place orders.

Other delivery service operators have opted to specialize in premium food deliveries. One such company, “Food Fly” delivers foods of high-priced restaurants to the customer’s doorstep. What’s different about the company from conventional operators that have for decades delivered popular items like Chinese noodles and other inexpensive meals is that it enlisted restaurants that have hitherto refused to provide delivery service for fears of food quality degradation and dilution of their brand reputation. Established in 2011, Food Fly has offered delivery services within the narrow confines of Gangnam, but recently in May this year it decided to expand the service area to the adjacent districts of Hannam, Oksu, and Kumho.

Other delivery service operators have opted to specialize in premium food deliveries. One such company, “Food Fly” delivers foods of high-priced restaurants to the customer’s doorstep. (image:Food Fly)

Seeing that Korea’s food delivery market is growing by leaps and bounds, some overseas delivery service operators are moving in to capitalize on the opportunity. “Yogiyo,” the service launched in June this year, is a domestic brand of a Germany-based company Delivery Hero that has food delivery service operations in ten countries worldwide. Unlike any other services that require a confirmation phone call by the user even after typing in all the information for delivery, Yogiyo begs to differ by making it easy and simple with five or six clicks or screen touches.For those repeat customers who place food orders with the same restaurant, the order process gets even simpler with fewer clicks or touches. Beginning in July, the company expanded the service on KT’s Olleh TV Smart Service so that TV viewers can make food orders with clicks on their remote.