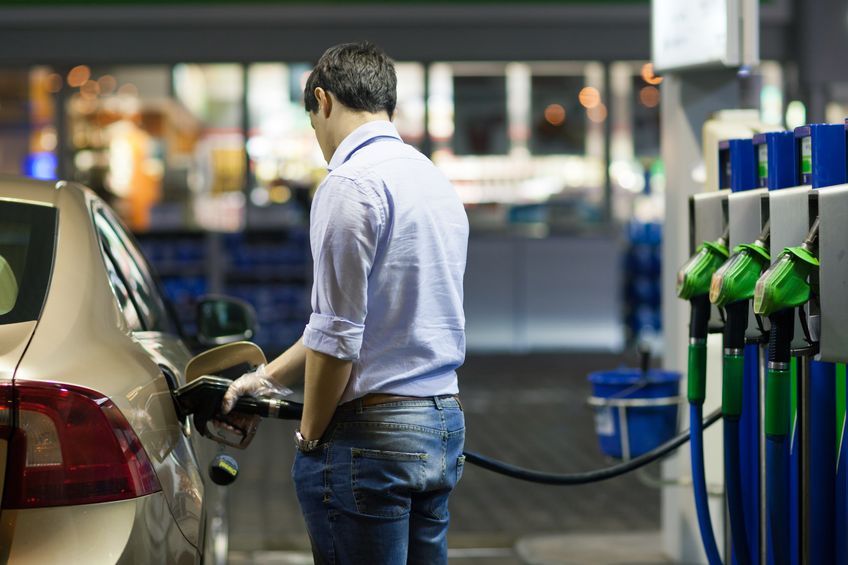 Today, gas station operators are having a hard time even to stay in the black. (image: kobizmedia)

SEOUL, Korea, Jan 9 (Korea Bizwire) – Only a decade ago, anyone who owns a gas station was considered one of local worthies. But today gas station operators are having a hard time even to stay in the black. Some of them go out of business or try hard to sell their properties before it’s too late. Some opt to rent the properties out to operators but end up paying huge fines as the leased operators sell tainted gasoline products as a way to increase profit margins.

Any filling station owners deciding to fold their business must pay for the clean-up cost of up to 300 million won. After deducting payments for bank loan balances and clean-up cost, there is nothing much left over for the owner.

What’s going on here? The gasoline price of about 1,900 won a liter is not so cheap for average motorist consumers. Still it is curious that most fueling station owners suffer from losses. Even oil refiners report deficit in their business. Who in the world is taking all the money earned from the gasoline market?

According to the Korea Oil Station Association, the number of gas stations closing their business last year was 310. The figure has climbed up steadily from 101 in 2008 to 188 in 2011 and 219 in 2012. The number of service stations in operation is currently at a record low level at 12,687, the lowest figure since 2008.

Squeezed at the Pump

The main reason for the gas stations going out of business in droves is it’s getting hard to make profit. The average profit margin earned by gas station owners is estimated at 4 percent. That means they earn about 76 won for each liter of gasoline at 1,900 won. If the transaction was made in credit card, the owners must pay a 1.5-percent card commission. After the commission is taken out, the amount left for the owner is 47 won. With that much money, it’s not enough for the owner to pay for rent, bank loan interest, and labor cost.

In the past, the profit margin for gasoline retailers used to be as high as 10 percent. When the per-liter gasoline price was at the 1,500-won level, the gas station owners could leave about 200 won for their own profit. But the time has changed too much too fast.

The gas station owners, as well as the association representing their interest, said that’s because of the market distortion that began during the Lee Myung-bak Administration. In 2011, then-President Lee once commented in a policy meeting, “Gasoline prices are determined in a curious manner.” His reasoning was that the gas price at the pump was 2,000 won a liter when the international oil price was US$140 a barrel. Then the retail gas price must be much much lower than the current 1,800-1,900 won level at the per-barrel price of $80. 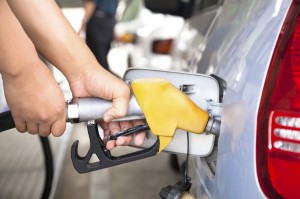 The most effective way to improve the situation would be cutting the tax. (image: kobizmedia)

At first glance, it was sound reasoning. But when he made his mental math, he didn’t take into account the exchange rate factor. Even if the average oil price declined in the world market, the won-dollar currency rate depreciates, the price effect may be offset by the currency rate movement. He didn’t even factor in a 10-percent hike in the oil tax assessed since 2008. Based on a simplistic calculation, the government back then declared a “war” on oil prices.

The government pressured oil refiners to open their accounting books whether there are any manipulations to hide bloated profits and forced them to cut the prices charged to oil retailers. As alternatives, the government encouraged gas station operators to open low-cost petrol stations requiring no attendants. The first such gas station debuted in late 2011 but the price differential is at most 100 won per liter and in many cases it’s only 20 to 30 won difference.

Given the current economic size of Korea and the number of cars on the road, the appropriate number of service stations across the country must be about 8,000. That means cutting the current number by 4,000 to 5,000 could reach that level. All the while, the government is busy setting up low-cost unmanned gas stations. According to its plan, it will open 300 more such stations to 1,300 in a market already suffering too many operators.

A Korea Oil Station Association said the most effective way to improve the situation would be cutting the tax. Currently as much as 57 percent in the total gasoline cost is accounted for by taxes. For diesel, it is about 50 percent. If the government decides to cut taxes, gas prices will come down overnight, while gas station operators could earn an appropriate amount of profit to stay in business.

Although ordinary consumers driving their cars are having a hard time paying for expensive gas cost, refiners and gas station operators alike are suffering too. It’s time for the government to do something about it by offering a significant cut in taxes.