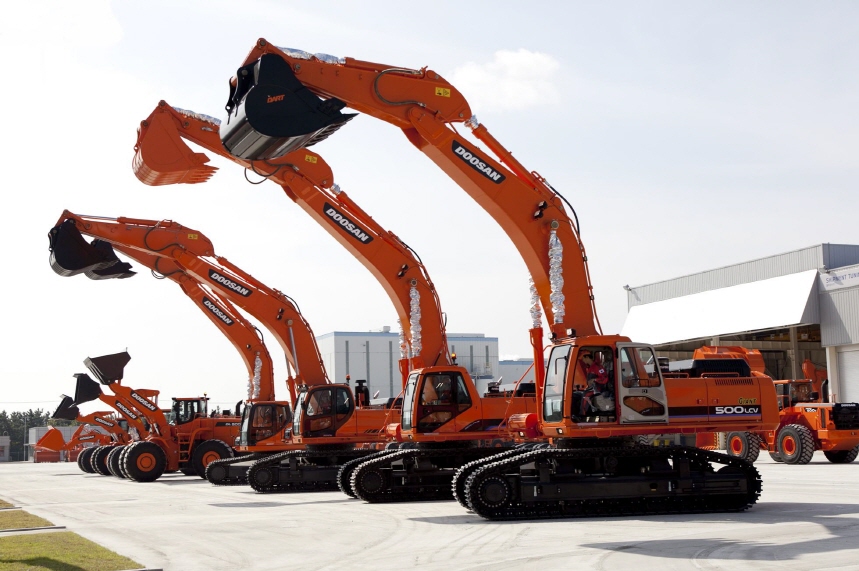 SEOUL, Jul. 24 (Korea Bizwire) — The Korea Fair Trade Commission revealed yesterday that Doosan Infracore, the construction machinery manufacturing arm of the conglomerate Doosan Group, was fined 379 million won for the theft of technology owned by a supplier after an attempt at imposing lower prices for products supplied by its subcontractor.

The commission’s investigation into the matter started when allegations surfaced claiming Doosan Infracore had pushed a supplier to cut prices of excavator air compressors by 18 percent.

The supplier initially refused to comply with the request, having already lowered its rates every year at Doosan’s request in order to supply around 3,000 compressors, each costing approximately 500,000 won.

In the end, the supplier cut its price by 2.8 percent, unable to ignore the request of such a large corporation.

Even after prices were cut by 2.8 percent, Doosan was not satisfied and eventually gave the supplier’s air compressor blueprints to a third party, which ended up producing air compressors for Doosan.

But this was not the first time Doosan Infracore stole technologies from its suppliers.

The Fair Trade Commission investigated numerous occasions that saw Doosan either steal information or unfairly obtain technologies that were formally owned by its subcontractors.

According to the Fair Trade Commission, Doosan’s unfair practices started in 2015, which coincides with the period when the company offered its employees voluntary retirement packages on four different occasions in a single year, even for entry-level employees in their 20s.

In 2015, Doosan Infracore had 5,448 employees under its payroll and was 719.1 billion won in the red, an indication that its earlier acquisition of Bobcat Company, an American-based manufacturer of construction equipment, was a bust.

In the following year, Doosan Infracore cut its manpower nearly by half, leaving only 2,878 employees remaining.

Last year, there were further cuts and the company’s current headcount stands at 2,544.

Although the company’s net profit numbers have improved, from 56.3 billion won in the red in 2016 to a 59.6 billon won surplus last year, officials claim that Doosan was able to return to profitability by taking advantage of its suppliers and laying off its employees.