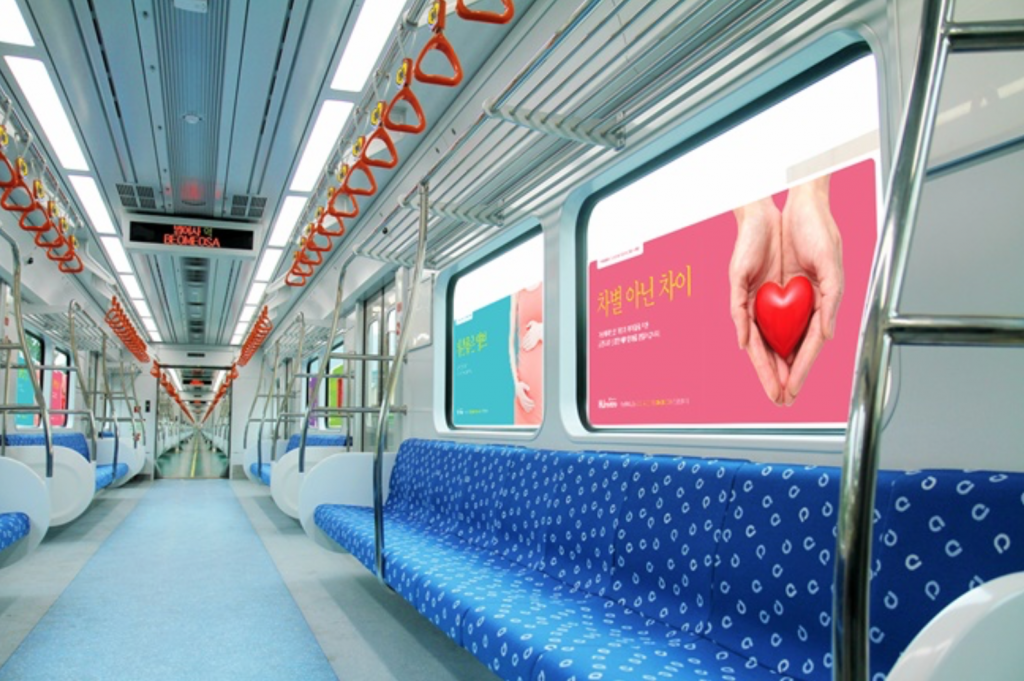 The pilot project, limited to Busan Metro Line 1, is aimed at providing convenience to pregnant women and women with infants as well as to prevent various forms of crimes, including sexual harassment, targeting female passengers. (image: Busan Transportation Corporation)

BUSAN, June 17 (Korea Bizwire) – The Busan Transportation Corporation (BTC) announced Thursday that it would start a pilot project of women-only subway cars during rush hours, starting June 22. But the move has set off intense controversy over the efficacy of such policy only favorable to women, with some saying this could be reverse discrimination against men.

The pilot project, limited to Busan Metro Line 1 for now, is aimed at providing comfort and convenience to especially pregnant women and women with infants as well as to prevent various forms of crimes, including sexual harassment, targeting female passengers. The trial run will last three months, from June 22 to September 19, between 7 and 9 a.m., and 6 and 8 p.m. daily. The fifth car on 8-car subway trains will be designated as women-only cars.

This will be the first time that women-only subway cars are operated in the nation. However, this wasn’t the first attempt at implementing the policy.

Seoul Metro and Seoul Metropolitan Rapid Transit Corporation made attempts in 2007 and 2011 to operate similar cars during rush hour, but were met with strong opposition, including claims that they were promoting ‘reverse discrimination’ towards men. Both efforts were eventually scrapped.

The Daegu Metropolitan Transit Corporation also tried to implement the policy in 2013, but it was faced with similar public resistance, resulting in the project being postponed indefinitely.

And again, Busan’s plan to operate these women-only cars is already being confronted by disapproval and criticism.

“If it’s really trying to protect women, the government should crack down on molesters on subways or implement policies that can encourage citizens to report these molesters,” said a netizen. “This is basically saying that women are the problem.”

The BTC has not yet reacted to the spreading criticisms, and it’s likely that it will push ahead with the plan. After a three-month trial period, the corporation will determine whether to continue the operation, based on passenger feedback and public opinion.