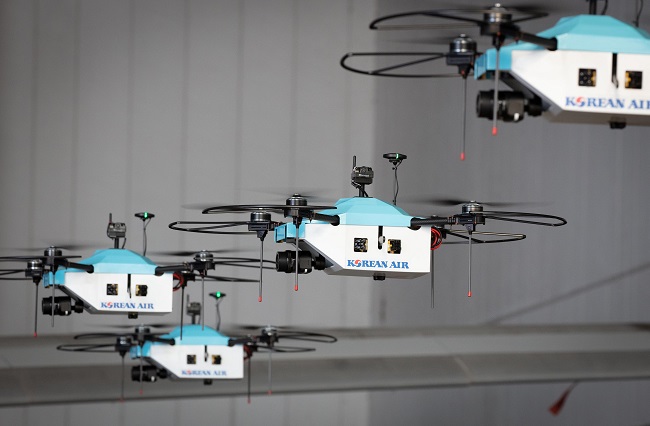 This solution will replace the work of mechanics who are required to climb up to a height of 20 meters for manual inspection.

Korean Air announced on Thursday that it had developed a solution to inspect the fuselage of an aircraft by flying multiple drones.

The drones developed by Korean Air measure about 1 meter by 1 meter, and weigh 5.5 kilograms.

The company also developed an operating program to shoot video by the four drones flying over a preset area simultaneously. 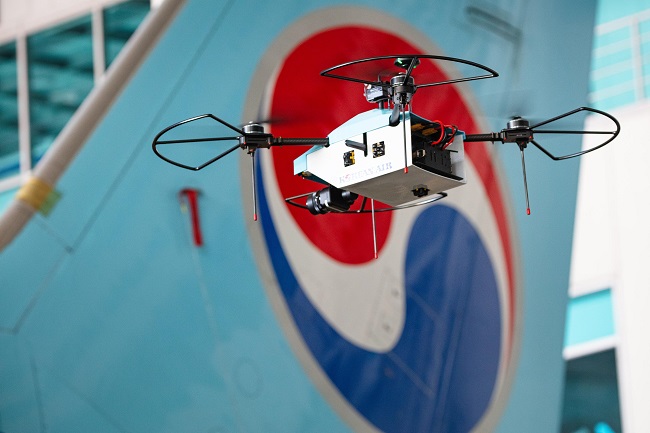 If four drones are put in place at the same time, the fuselage inspection time can be reduced by 60 percent from about 10 hours to 4 hours, contributing to improving flight schedule punctuality.

The state-of-the-art high performance cameras mounted on the drones can accurately detect even minute damage as small as 1 millimeter.

The drones also feature a collision prevention and avoidance function that ensures safe distance from aircraft and neighboring facilities, and a safe flight zone function that prevents the drones from navigating away from the mission area.