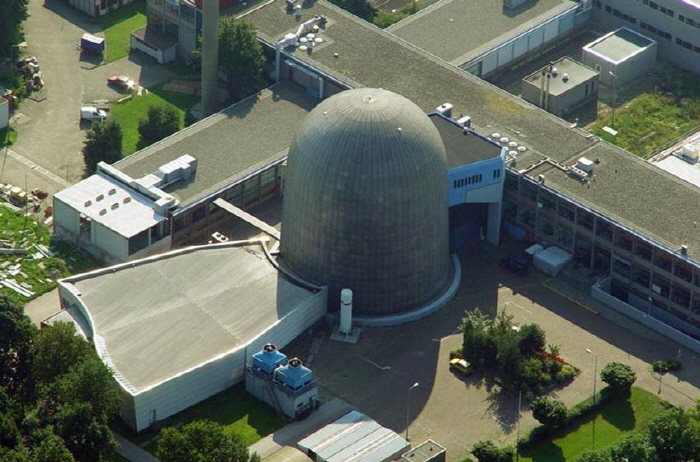 A Korean consortium led by KAERI won a bid to renovate and build research reactors at the Delft University of Technology. (image: KAERI)

The Ministry of Science, ICT and Future Planning announced on June 24 that the consortium of the Korea Atomic Energy Research Institute (KAERI), Hyundai E&C and Hyundai Engineering won a bidding to renovate and build research reactors at the Delft University of Technology. The project completion year is scheduled in 2017.

The new reactor, if upgraded as planned, would bring the total output capacity of it to 3MW from the current 2MW. The Korean consortium will construct a cold neutron research facility by the end of 2017. It costs about US$26 million.

The successful bidding by the KAERI-led consortium holds a special implication as it made it after a fierce competition against the world major nuclear energy company AREVA of France and a consortium led by Germany’s NUKEM and Russia’s NIEKET.

By winning the Dutch project tender, Korea’s home-made nuclear technology has paved the way for accelerating its technology export — especially securing wider presence in Europe, one of the world’s thriving markets in which world-class research reactors are located including France’s ILL and Germany’s FRM-2.

The ministry said, “This bidding has proved the excellence of Korean nuclear technology and its robust competitiveness on the world stage and this will give further impetus to our plan to gain much wider presence in Europe.”

A couple of factors are attributable to Korean consortium’s winning the bid: Internationally recognized expertise with more than 20 years of experience — largely accumulated through the experience of design and management on Hanaro nuclear reactor, coupled with world-renowned technical skills in the process of exporting commercial atomic power plant to the UAE and winning research system contract to Jordan, all were contributed to the Korean team’s success at the tender.

Besides, the joint bidding from Korea’s private and public sectors — each boasts its own prowess — KAERI’s reactor design capability and Hyundai E&C and Hyundai Engineering’s construction and production ability — has been recognized as an exemplary case for securing this kind of huge project that requires increasingly sophisticated know-hows.

A ministry official said, “The deal is expected to give us leverage to successfully bid for the scheduled construction of reactor known as the PALLAS project in the Netherlands.” It is reported that the project requires 45MW R&D nuclear reactor which might cost 400-500 million euros ($550-700 million).

According to the International Atomic Energy Agency (IAEA), about 60 percent of the world’s 247 R&D nuclear reactors are more than 40 years old, necessitating the renovation work. Accordingly, it is expected that around 30-50 reactor upgrade projects will occur for the next 20 years.