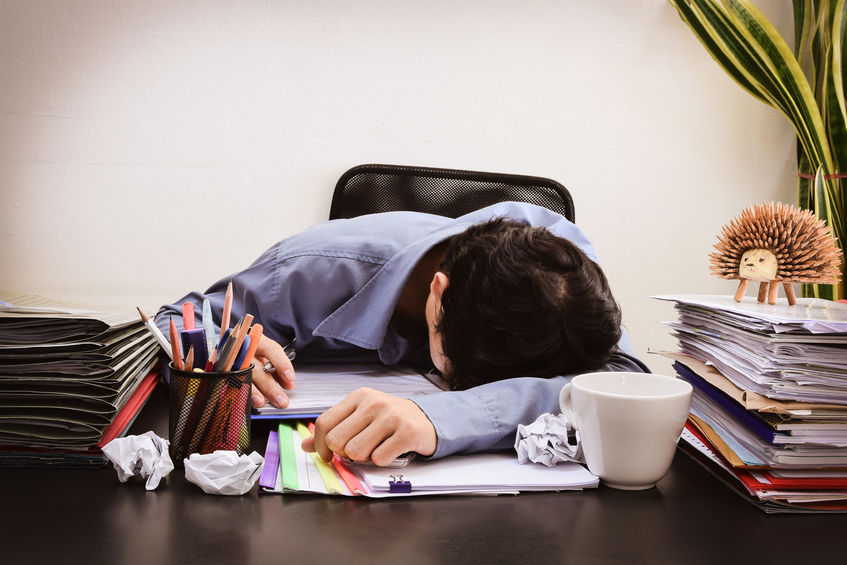 The average depression score for the 1,014 study participants was 10.3, while office workers with white or blue collar jobs scored an average of 15.3 points, which was three times higher than police officers (4.9). (image: KobizMedia/ Korea Bizwire)

ASAN, South Korea, Aug. 25 (Korea Bizwire) – Korean work culture has long been recognized for its intensity and strict hierarchical approach. But a recent survey by the city of Asan in North Chungcheong Province found that the level of depression among office workers is higher than what most had expected.

After a month-long study that began in June, the city discovered that its office workers showed unusually high levels of depression relative to other occupations, such as hospital staff, city hall workers, and even police officers.

The average depression score for the 1,014 study participants was 10.3, while office workers with white or blue collar jobs scored an average of 15.3 points, which was three times higher than police officers (4.9).

“It was surprising to see that (the level of depression in office workers) was three times greater than that of police officers,” said an Asan Public Health Center official. “We’re planning various prevention programs to help ease the stress levels of our city’s office workers.”

Meanwhile, another June study by job recruitment websites Job Korea and Albamon unveiled a more concerning result with 82.8 percent of 1,485 participants saying that they experienced feeling depressed and lethargic at work.