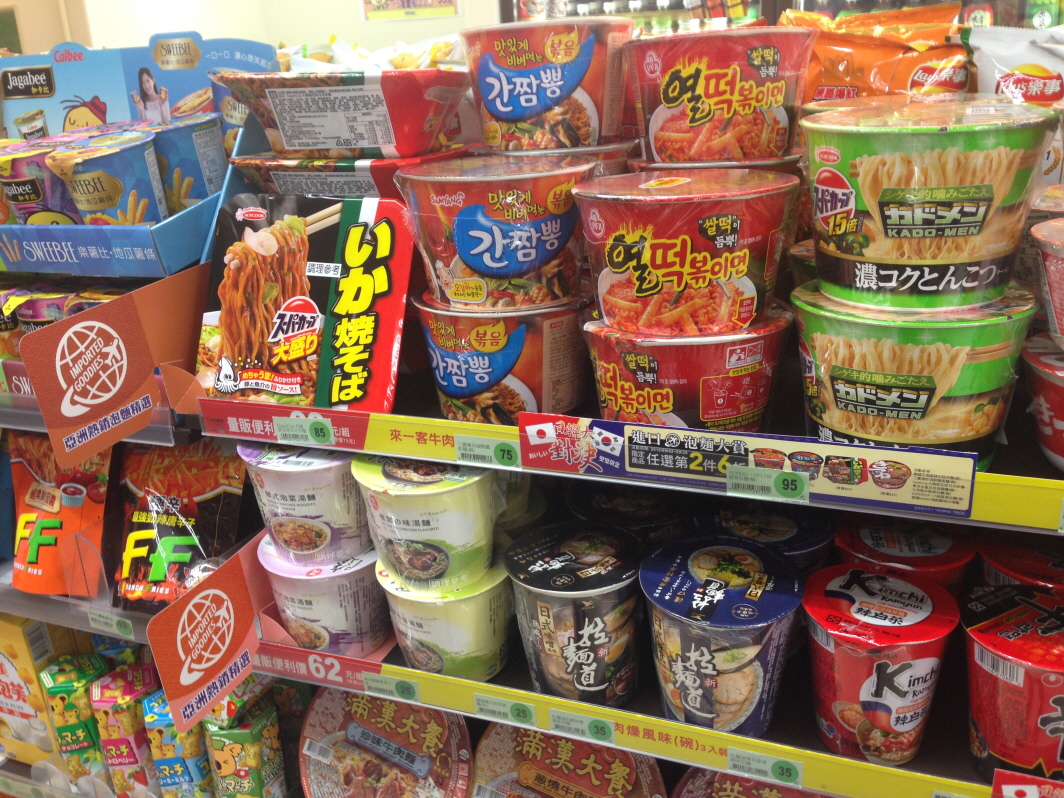 According to the Taipei office of the Korea Trade-Investment Promotion Agency (KOTRA), Shin Ramyun, a spicy version of the food from Nongshim, ranked third in a survey in Taiwan of its netizens’ 10 favorite instant noodles. Japan’s Cup Noodle, which came in fourth, was the only other foreign brand on the list.

Sales of South Korean ramyeon in Taiwan last year were US$11.78 million, nearly triple the $4.12 million of 2011, according to KOTRA. Last year’s sales are equivalent to 43 percent of Taiwan’s imports of the instant food.