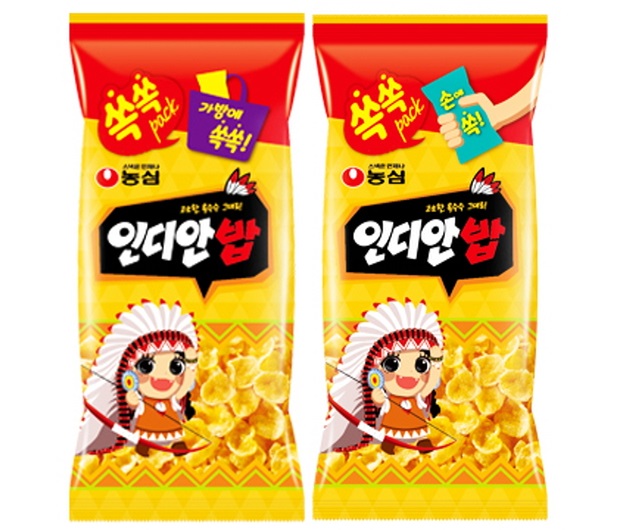 SEOUL, Dec. 12 (Korea Bizwire) — Popular snacks that are familiar to consumers have been transformed with new packaging that allows them to be consumed using a single hand.

Local confectionery makers are releasing, day after day, smaller products that can conveniently be eaten using only one hand.

Nongshim said that the increase in single-person households has also been a big reason behind the small package trend, and that it has also paid attention to the culture of cost-effectiveness that has become popular among Koreans of all walks of life.

These products have packaging that is thinner and longer than existing ones so that they can be consumed with one hand.

Customers do not have to put one’s hands into the bag to remove the contents. In addition, snack crumbles are not smeared on one’s hands.

The food industry is basing the decision to embrace new packaging on the fact that customers in their teens and 20s, the main consumers of snack products, represent a generation of “thumb culture” individuals who make use of their thumbs when using their smartphone.

There is even a term, couch potato, in the snack industry, indicating snacks are purchased and consumed when taking a rest while watching TV.

However, smartphones have taken over the place of watching TV and movies, and those in the food industry have worried about how to handle crumbs that naturally make mobile devices difficult to use.

“We understand the psychology of people in their teens and 20s, who use smartphones, to avoid leaving crumbs on their hands while eating with their hands,” an industry source said.

Lotte Confectionery also jumped on the bandwagon with the launch of “One Hand” snack products in September by releasing Kkokkal Corn Play as a new variant of its popular Kkokkal Corn, which was first launched in 1983.

To make it easier to hold the bag in one hand, the width of the bag has been drastically reduced to 60 percent from the previous one, so that consumers can shake the snack into their mouth.

About 1.1 million units of the product were sold in a three-month period due to their popularity among young people.