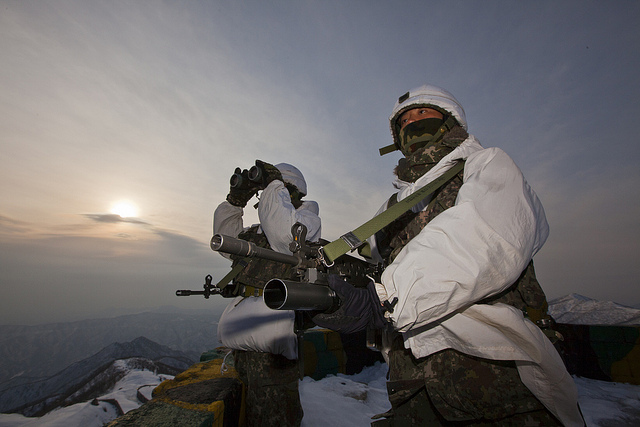 With the announcement, the defense ministry began allowing visitors during weekdays. In the past, outside visitors were only allowed during the weekends. (image: ROK Armed Forces)

SEOUL, Sept. 2 (Korea Bizwire) – As part of the reform drive for the tightly closed Korean military culture, Korea soldiers in general units can receive outside visitors of their family members and lovers during weekdays since September 1. In addition, soldiers in some units can use their own mobile phones in the military camps.

The Korean Ministry of National Defense announced on August 31 that it would implement four innovative methods presented by the Military Camp Culture Innovation Committee comprised of experts from civil, public and military circles from September 1. With the announcement, the defense ministry began allowing visitors during weekdays. In the past, outside visitors were only allowed during the weekends.

The soldiers can receive the visitors after the daily tasks and other detailed implementation plans including the reception time and place and visitor selection will be decided by general-level commanders of the units.

For the soldiers dispatched to general outposts who were refused to any visitors, the ministry basically decided to allow the visitors. However, considering the nature of their tasks and geographical environment, they are only allowed during weekends. Besides, the ministry is piloting the usage of mobile handsets in the barracks by the ranks collectively.

An official at the ministry said, “We will select a battalion randomly and allow the soldiers to use mobile phones for the ranks of private, private first class, corporal and sergeant on a trial basis. In the near future, we will test a plan in which representatives by the ranks manage 2G phones.”

Besides, the defense ministry decided to implement other detailed plans for the furloughs of soldiers by guaranteeing the days in the early stage of inductees and expanding autonomy in choosing the days and terms.