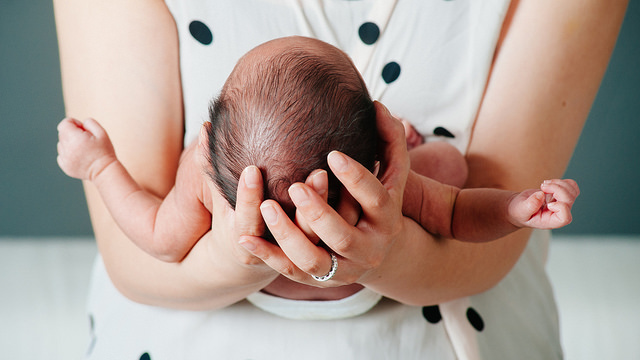 SEOUL, June 18 (Korea Bizwire) – According to the “World Factbook” released by the Central Intelligence Agency in the U.S., Korea ranked among the lowest with 1.25 of total fertility rate and the lowest among OECD countries. 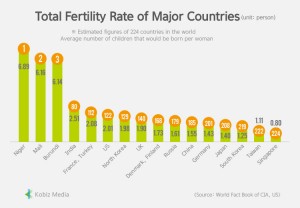 Total fertility rate compares figures for the average number of children that would be born per woman aged from 15 to 45. TFR is a more direct measure of the level of fertility than the crude birth rate, since it refers to births per woman.

Also, for crude birth rate, the total number of births per 1,000 populations each year, Korean ranked 220th with 8.26, lowest next to Japan whose crude birth rate was 8.07.

Among the total countries subject to investigation, the lowest country with crude birth rate was Monaco with 6.72 and the French Territory of Saint Pierre and Miquelon situated in the northwestern Atlantic Ocean near Canada ranked 223th with 7.70.

Also, Niger topped the crude birth rate with 46.12 and African countries like Mali (45.3), Uganda (44.17), Zambia (42.46) ad Burkina Paso (42.42) followed in the top-five list. Demographers pointed out that the low birth rate causes side effects of low productivity and shrinking in consumption due to lack of economically active population.