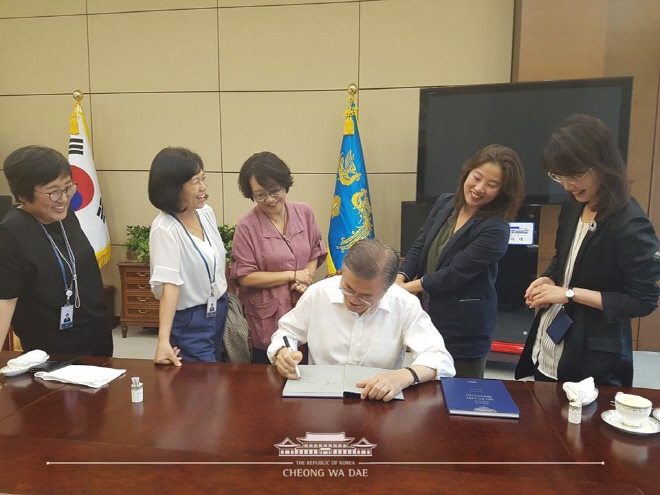 SEOUL, Aug. 27 (Korea Bizwire) — A recent photo that South Korean President Moon Jae-in had taken with female secretaries at the Blue House has been the subject of significant attention on various social media websites.

The photo in question, of President Moon with five female secretaries at a luncheon on August 22, was posted on the Blue House’s official Facebook website.

Responding to the photo, Kang Yong-suk, a South Korean lawyer and former politician, noted that the photo was similar to the one taken by American President Donald Trump with the family members of an American soldier who was killed in action during hostilities in Afghanistan.

Kang criticized the South Korean president for “copying the Trump photo after running out of repertoire.”

The lawyer claimed that the women in the photos with President Moon were even similar in height and build.

“It would be great if the president would mimic President Trump’s philosophy and not merely the photo alone,” said Kang.

But a high-level Blue House official refuted Kang’s remarks, saying that “the photo could have been much more similar if it really was a copy of the version taken at the White House.” 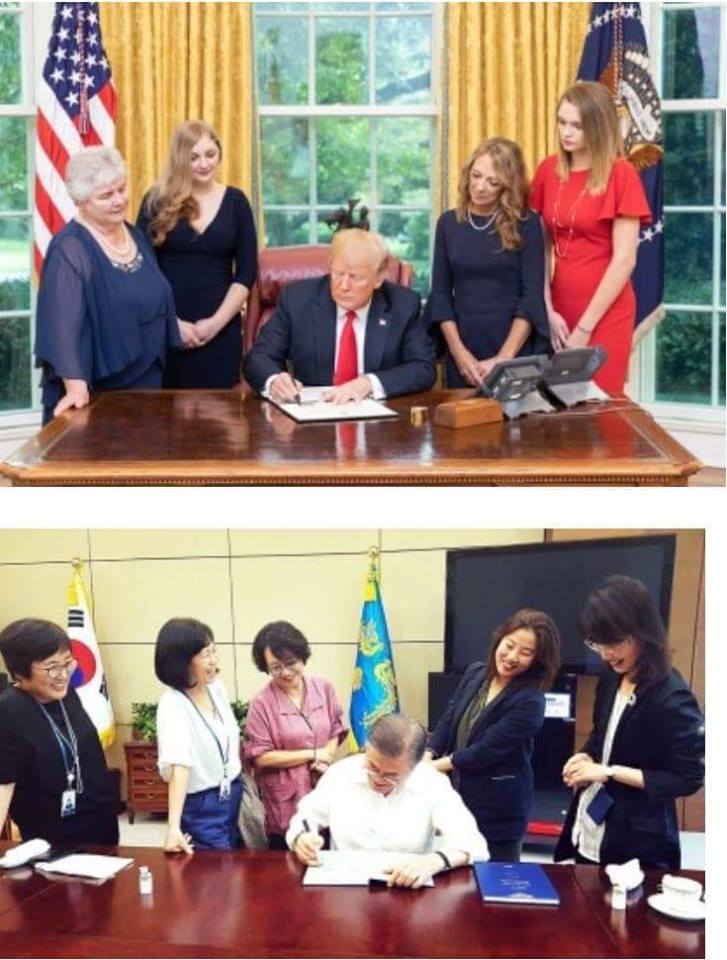