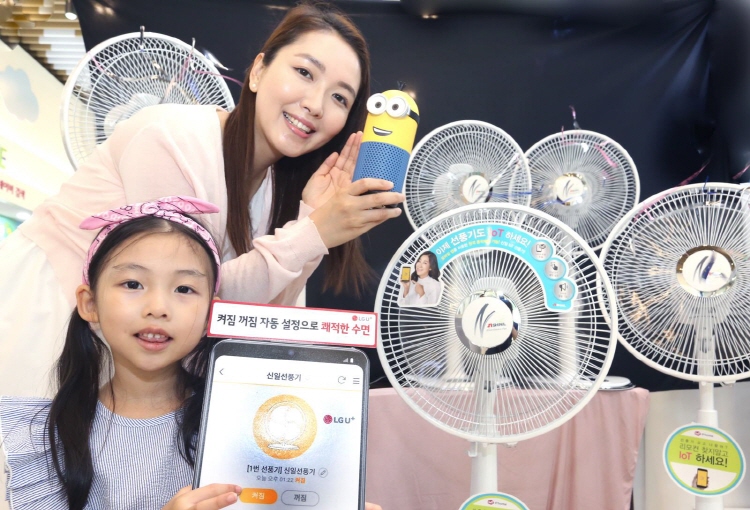 LG Uplus said the new IoT fan will connect to its “IoT@home” application, allowing users to easily activate and control the product.

Shinil, which topped the Korean Standard Quality Excellence Index in the fan segment for the 12th consecutive year as of 2017, is a major producer of small-sized home appliances.

The new fan will also notify users when it is used for excessively long periods of time, such as in the case of people leaving home without turning off products. It can also keep itself off to prevent access by children.