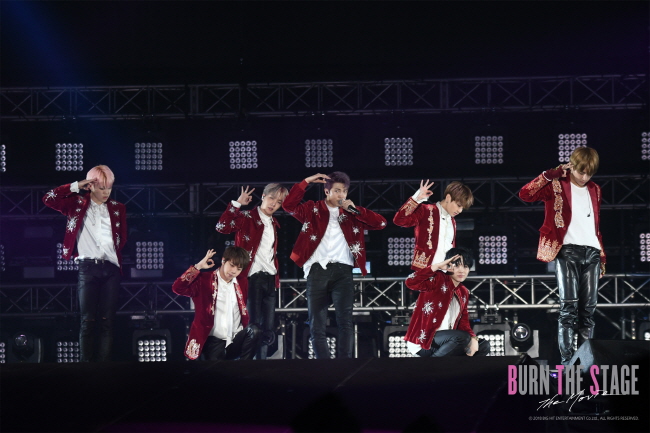 SEOUL, Nov. 13 (Korea Bizwire) — The cancellation of superstar K-Pop group BTS’s appearance on a Japanese television show is an allusion to an awkward relationship between South Korea and Japan.

When Japan’s TV Asahi cancelled BTS’ appearance and blamed it on the ‘liberation’ t-shirt that BTS member Jimin was seen wearing in the past, Korea-Japan relations were once again brought into the spotlight, revealing a deeper clash of political interests as well as competition for cultural hegemony.

The t-shirt featured slogans like ‘patriotism’, ‘our history’, ‘liberation’, and ‘Korea’ in roman letters, with a mushroom cloud of a nuclear explosion in the backdrop along with pictures of cheering Koreans on liberation day.

The shirt was given as a gift to Jimin from a fan.

CNN, BBC, and other international media called it the ‘bomb t-shirt,’ which led to a wave of protests on social networks under the hashtag, #LiberationTshirtNotBombTshirt, where fans sought to correct the meaning of the shirt that it is actually about the liberation of the Korean people, not the nuclear bomb.

The problem lies in Japan’s timely decision to make this an issue.

Some experts argue that BTS became a target for the extreme right and anti-Korean sentiment in Japan after a sex slave agreement was turned down and a South Korean court recently ruled that a Japanese corporation should compensate the victims of forced labor. 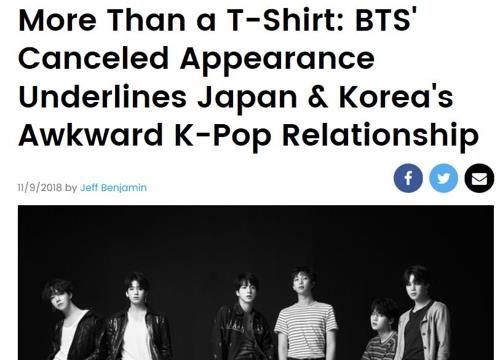 Billboard said in an article last Friday that the root of this issue goes beyond just a t-shirt to the complex “long-standing political history” between the two countries.

Some experts say that this is Japan’s way of competing with K-Pop. South Korea’s popular music has for long replaced J-Pop as the new standard of popular culture in Asia.

Japan is already going through a third cycle of the Korean wave, led by popular K-Pop groups such as BTS and Twice.

Ha Jae-keun, a critic on popular culture, said that “a rekindling Korean wave in Japan has provided extremist groups with a purpose to compete, and a recent South Korean ruling on forced laborers has led them to target BTS.”

Japan’s Korean wave has always been influenced by external factors such as the Dokdo dispute, cases surrounding Japanese history textbooks, and other political and historical problems that divided Korea and Japan.

The first and second cycles of the Korean wave in Japan, driven by K-drama and K-Pop groups such as Big Bang and Girl’s Generation, were sidelined by then-South Korean President Lee Myung-bak’s visit to the Dokdo islets in 2012. K-Pop and other Korean content have been absent from Japanese television shows ever since.

However, the South Korean music industry is less than concerned about the impact this incident might have on the third Korean wave.

“This shows the amount of influence that BTS can exert,” said a source from a music agency.

“Pressure from the Japanese government and other factors may undermine opportunities for television appearances, but K-Pop and other Korean content are being widely consumed on YouTube and other social media channels, so the impact will be minimal,” he added.

BTS headed for Japan once again last Saturday for the ‘Love Yourself’ Japan tour. Their first concert will be held at the Tokyo Dome, where more than 380,000 fans are expected to show.

Nevertheless, some experts worry that the Korean wave could be undermined if diplomatic tensions worsen, as when China shut off all Korean content from the country after South Korea’s decision to install a THAAD missile defense system.

“If word goes out in Japan that casting a Korean star can anger extremist groups, agencies may refrain from inviting Korean celebrities, undermining the Korean wave,” said Ha.