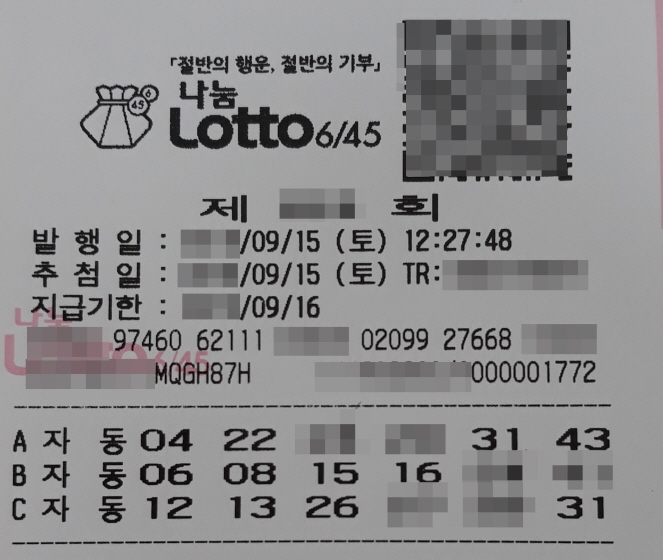 SEOUL, Jan. 22 (Korea Bizwire) — Sales of Lotto tickets in South Korea reached an all-time high in 2018 though their growth slowed amid the absence of new sales outlets, the country’s lottery operator said Tuesday.

Total Lotto sales are estimated at 3.97 trillion won (US$3.5 billion) for last year, up 4.4 percent from the previous year, the Korea Lottery Commission said.

The previous record was set in 2003, when sales reached 3.82 trillion won. That year, a buying frenzy gripped the nation after a winner took a record prize of 40.7 billion won in April that included money carried over from previous drawings.

Sales plunged 13.7 percent to 3.29 trillion won in 2004 as the government restricted the carryover of prize money to one time only and halved the price of each game to 1,000 won.

Some analysts attributed last year’s record to an economic slump, but a finance ministry official said Lotto sales had nothing to do with economic conditions.

“Lotto sales hit a new record last year due mainly to the continued impact of a steady rise in the number of sales outlets until 2017,” he said. “But their growth rate slowed as no new outlets opened last year.”