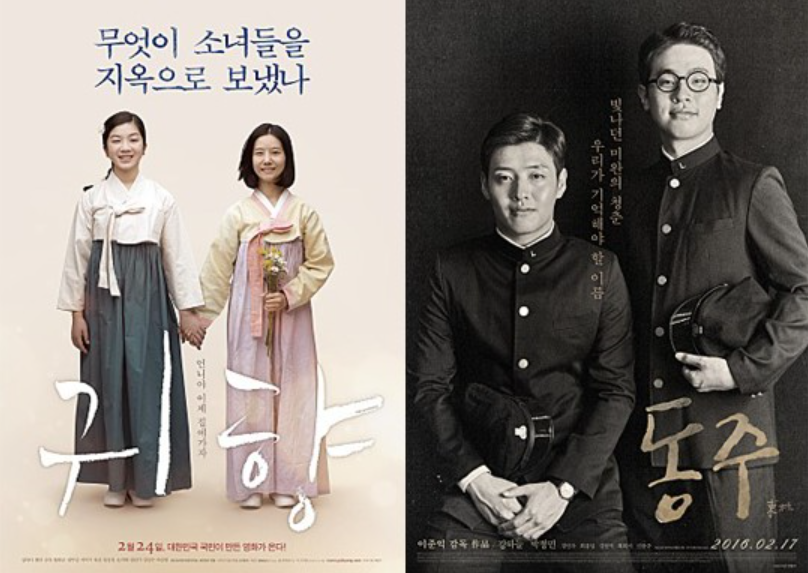 Sleeper movies have seen great success in Korea. As of now, 3.58 million cinemagoers watched “Spirits’ Homecomin”(left image), pushing it to rank 7th in the local box office. And another Korean movie “DongJu; The Portrait of A Poet” (right image) attracted 1.16 million people, quite an achievement for a small-budget film.

SEOUL, June 26 (Korea Bizwire) – There were no mega-hits in the Korean box office in the first half of this year. But a few sleeper hits surprised industry insiders and movie critics.

One of the most notable films that showed the potential of a small-budget film is “Spirits’ Homecoming.”

The film, which is about Korean women forced to work in a military brothel for Japanese soldiers during World War II, didn’t secure many theaters in the beginning. Initially it opened in a meager 513 cinemas, less than half of “A Violent Prosecutor,” the most watched movie in the first half of this year that opened in 1,268 cinemas.’ 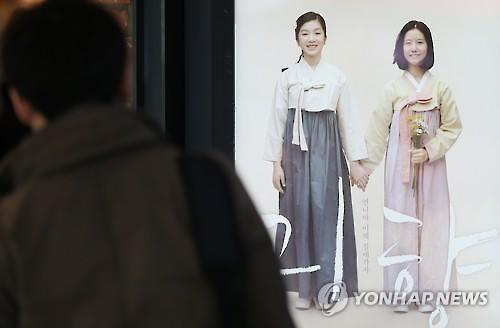 A moviegoer looks at a poster of the South Korean film “Spirits’ Homecoming” in Seoul on March 8, 2016. (Image courtesy of Yonhap)

It soon, however, received growing attention amid strong marketing and viral campaigns on the country’s social media sites.

Heightened public interest in the so-called comfort women issue after last year’s historic agreement between Seoul and Tokyo to resolve it and a good storyline of the film also contributed to renewed attention. Within seven days of the opening, the number of screens showing the film rose to 876.

Eventually, 3.58 million cinemagoers watched the film, pushing it to rank 7th in the local box office. 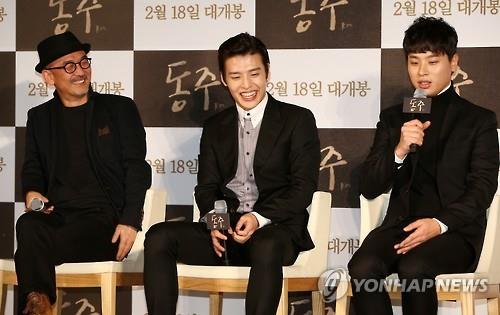 Lee Joon-ik, director of “DongJu; The Portrait of A Poet” and two lead actors talk during a press briefing in Seoul on January 18, 2016. (Image courtesy fo Yonhap)

Another Korean movie “DongJu; The Portrait of A Poet” also rose belatedly on the box office ladder, banking on the nostalgia of middle-aged moviegoers. The film, that centers around the real-life story of Korea’s beloved poet Yoon Dong-ju and his lesser-known cousin and Korean independence activist Song Mong-gyu, attracted 1.16 million people, quite an achievement for a small-budget film.

Opened in February 17, the film got off to a humble start, but word-of-mouth soon helped it receive steady attention to top the box office later. More than 4.7 million people watched the sleeper hit.

Irish movie “Sing Street” and Taiwan’s “Our Times” showed a potential in the market dominated by local and American movies.

“Sing Street,” directed by John Carney of “Once” and “Begin Again,” garnered 547,969 in viewership and the Taiwan movie performed well as 404,127 cinemagoers has watched it so far. To respond unexpectedly warm reception, the lead actor Wang Ta Lu visited Korea early this month.