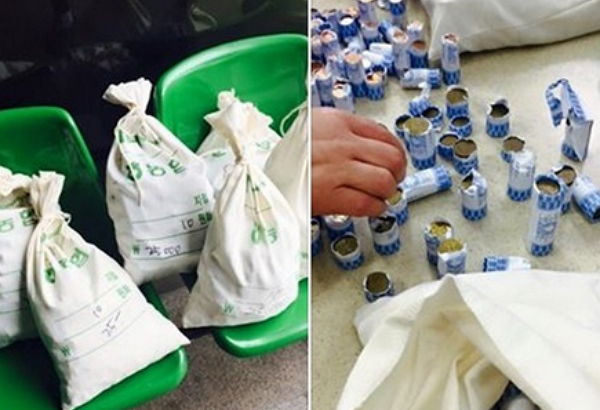 An MOEL staffer said that similar coin payment incidents have occurred in the past when employees file petitions with the ministry. (image: Facebook)

DAEJEON, Apr. 22 (Korea Bizwire) — The SNS sphere is roiling with anger at a restaurant owner who gave an ex-employee back pay in five big bags of 10 won coins.

According to an April 21 statement from the Daejeon agency of the Ministry of Employment and Labor (MOEL), the restaurant owner in Chungcheongnam-do appeared in front of the former employee on April 20 with 18,000 coins worth 180,000 won (US$ 165).

The employee, a woman in her fifties, had previously worked in the restaurant before quitting her job. After the owner refused to pay 180,000 won in back pay, the woman filed a petition with the MOEL.

An MOEL staffer said that similar coin payment incidents have occurred in the past when employees file petitions with the ministry, as the two sides often feel resentment for each other.

The woman’s son was with his mother when she received the bags of coins, and posted her story with pictures of the coins on his Facebook page, out of anger.

The story went viral on the internet, with netizens expressing outrage over the employer’s act. Some are suggesting that customers pay for meals at the restaurant in coins, and are looking for its exact location.