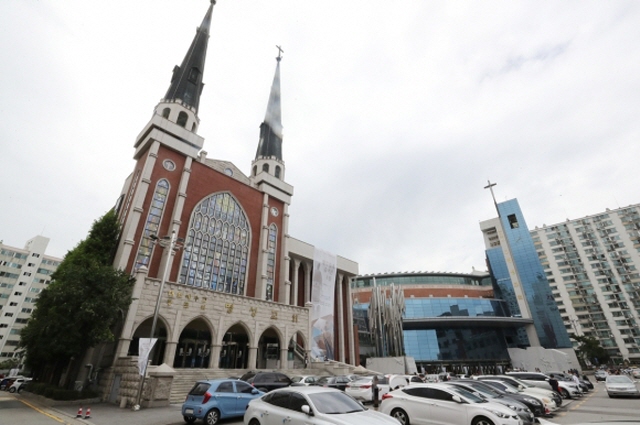 Myungsung Church in Seoul. The church has been at the center of controversy since its founder Rev. Kim Sam-hwan named his eldest son, Rev. Kim Ha-na, to succeed him in 2017. (Yonhap)

SEOUL, Feb. 11 (Korea Bizwire) — Roughly two thirds of South Koreans do not trust the South Korean Protestant Church or its pastors, a recent study has revealed.

The Christian Ethics Movement of Korea conducted a survey of 1,000 citizens, 63.9 percent of whom said they don’t trust the South Korean Protestant Church. Only 31.8 percent said otherwise.

Another 65.3 percent said they trust the words and actions of a Protestant, compared to 32.9 percent who said that they didn’t.

Among major religions, South Koreans trusted the Catholic Church the most (30 percent), followed by Buddhism (26.2 percent), and the Protestant Church (18.9 percent).

Compared to a similar survey conducted in 2017, the level of trust towards the Protestant Church stayed more or less the same, while trust for Buddhism grew by 4.9 percentage points.

For the Catholic church, on the other hand, the level of trust dropped by 2.9 percent points.

One quarter of the respondents called on the Korean Protestant church to implement a more transparent financial system in order to regain the trust of the public.

The survey also revealed that 22.8 percent pointed to the corrupt lives of church leaders as what was hurting the trust felt towards the church, while 19.9 percent blamed the church’s demeaning attitude towards other religions.

To regain public trust, 49.8 percent said the church should take the lead in practicing ethics and moral values, followed by volunteer and relief activities (27.9 percent), and environmental, human rights, and other social movements (8.4 percent).

Roughly half of the respondents also said that pastors should correct their ethical and moral reputation in order to regain trust of the public.