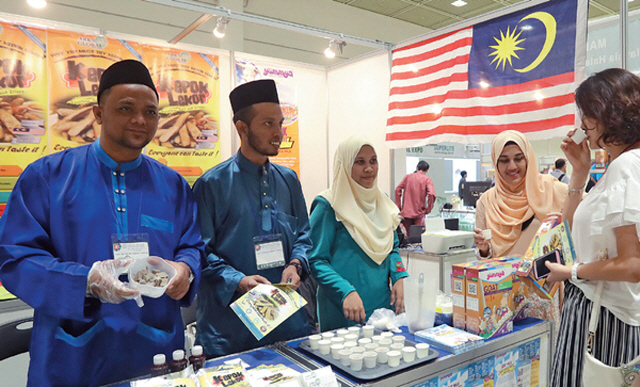 Malaysia topped the list of destinations for South Korean halal food shipments abroad at 43.3 percent, followed by Indonesia at 38.6 percent and Thailand at 7.9 percent, according to the survey of 141 South Korean small businesses exporting halal food conducted by the Korea Small Business Institute (KOSBI). The data was collected between May and June last year.

The average export amount of each company was 1.09 billion won (US$1.02 million).

About 64.5 percent of companies surveyed said they decided to make inroads into the halal food market abroad due to solid growth potential.

The companies polled cited lack of strong distribution channels, scant information on the global halal market and halal food certification as difficulties that they face.

The South Korean government has been negotiating with several Muslim countries so local halal certification could be accepted there, estimating that the halal food market encompassing the Islamic population of 1.7 billion will grow to US$2.7 trillion by 2021 from $1.7 trillion in 2015.

The halal authorization given by the Korea Muslim Federation (KMF) is currently acknowledged in Malaysia and Singapore.