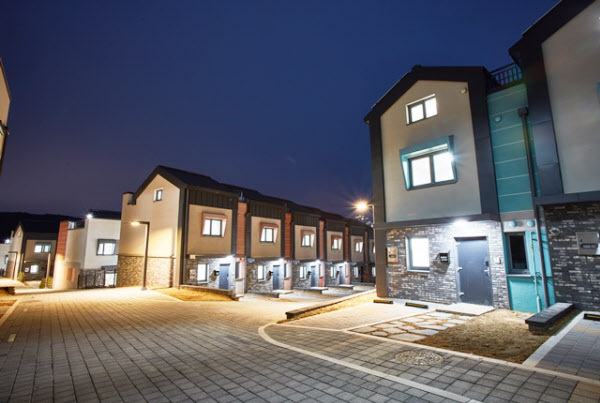 SEOUL, May 14 (Korea Bizwire) — The government has decided to push for a mandatory “Green Remodeling” of public buildings that increases energy performance to a certain minimum level or higher.

Green remodeling refers to projects designed to improve energy performance and improve the living environment by enhancing insulation, airtightness, and facilities of existing buildings whose energy efficiency has decreased due to aging.

The government is pushing for green remodeling to meet greenhouse gas reduction targets.

It is considered a model of success as energy consumption was reduced by 22.2 percent by applying insulation reinforcement and through the installation of forced ventilation systems.

Up until now, the government has designated the Korea Land and Housing Corp. as a green remodeling center and is providing consultation for public buildings and business loan interest support projects for private buildings.

However, the need to expand the system has been raised.

In response, the government decided to establish a road map to make green remodeling mandatory for public buildings with low energy performance.

The roadmap will include mandatory standards, step-by-step measures, and methods to upgrade the energy performance evaluation system.

In addition, the government will consider expanding interest support projects for private buildings for single-family homes and small-scale buildings that consume a lot of energy.

These buildings can cause problems such as increased greenhouse gas emissions and decreased living satisfaction due to reduced energy performance.

In particular, 55,000 out of 135,000 public buildings, or 41 percent, are used by vulnerable groups such as children and the elderly, lending a sense of urgency to green remodeling projects for public buildings.