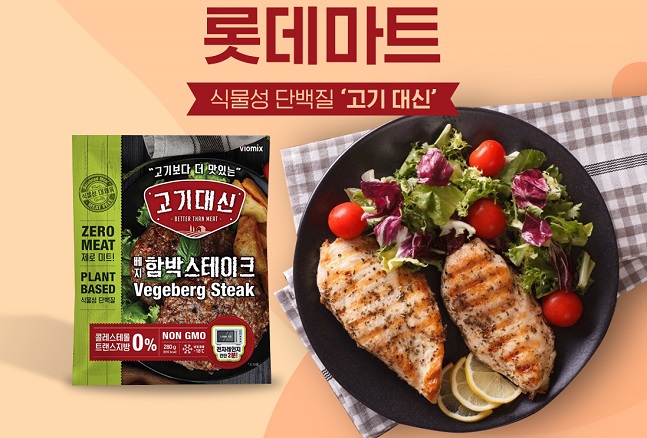 SEOUL, May 11 (Korea Bizwire) — Demand for ‘meatless meat’, made with plant-based ingredients, is increasing as a growing number of consumers are beginning to take interest in the environment and animal welfare.

South Korea’s largest discount store chain E-Mart Inc. has been operating a ‘vegetarian zone’ at its 22 outlets across the country since August of last year, where only products made with plant-based ingredients are sold.

“Each store saw a 20 to 30 percent increase in average monthly sales between January and March this year,” E-Mart said.

Consumers Korea, a consumer advocacy group, conducted a survey of 500 consumers, 72.6 percent of whom said meat analogues were beneficial to the environment, while another 50 percent said that meat analogues are healthy.