SEOUL, May 17 (Korea Bizwire) — Seoul Grand Park has revealed a series of YouTube videos of lions playing with cardboard boxes.

The park explained that the cardboard boxes were provided to enrich the animals’ natural behavior.

A major electronics producer donated cardboard boxes that had been used to pack refrigerators and washing machines, and the park fashioned them into simple elephant, giraffe, and gorilla shapes.

Inside each animal-shaped box was hidden food and elephant dung, which is liked by the lions. 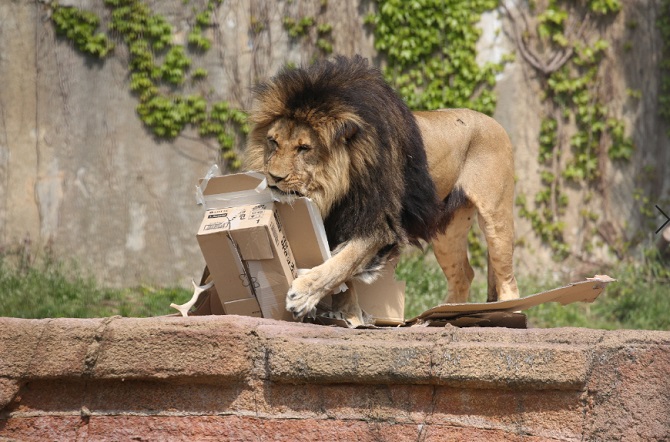 The park posted a YouTube video in which lions were seen playing as they rolled over boxes and bit them into pieces.

Lions are part of the cat family, have an independent style of living, and prefer to hide in small enclosed places to fend off enemies, which is why they have a particular interest in paper boxes, the park explained.