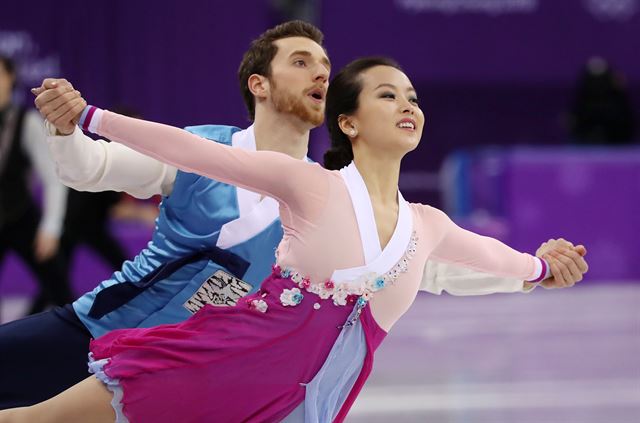 SEOUL, Jul. 23 (Korea Bizwire) — Min Yu-ra and Alexander Gamelin, the ice-skating duo who participated in the 2018 Winter Olympics in Pyeongchang as an ice dancing pair, have released conflicting statements about the reasons surrounding their sudden fallout.

In a statement released by Min’s father last week through her agent, he alleged that he did not know how the donations sourced by a crowdfunding site had been used by Gamelin’s parents, nor did he know how the funds would be used in the future.

This was directly opposite Gamelin’s claim, the day before, that “the donations were divided between both parties according to an agreement.”

Min’s father also stated that now that the duo has decided to go their own ways, which would mean they would not be competing together at the 2022 Winter Olympics in Beijing, he thinks that the donations must be returned, a sentiment that he will be delivering to Gamelin’s parents.

At the focus of the disagreement is the distribution of donations that the pair received. After the team was set up in 2015, the two skaters launched an online campaign to help finance their training costs.

When the duo gained more attention as the Winter Olympics neared, approximately 140 million won had been donated to the pair, which included a $1,000 donation from President Moon Jae-in and the First Lady.

Kim Taek-yong, the ice dancing duo’s manager up until last month, said that Gamelin’s parents managed the income from the online campaign, and that Gamelim’s claim of having distributed the donations was not true.

Min Yu-ra’s parents were against the donation drive from the start, saying that it was not in line with Korean culture. When donations surpassed $100,000, Min’s parents asked Gamelin to stop soliciting money from the public.

According to GoFundMe, the crowdfunding platform used by Min and Gamelin, all proceeds from donations must be returned if the funds are not used for their original intent.

Thus, if the Min-Gamelin duo is no longer working together, the money must be returned to those who donated it.