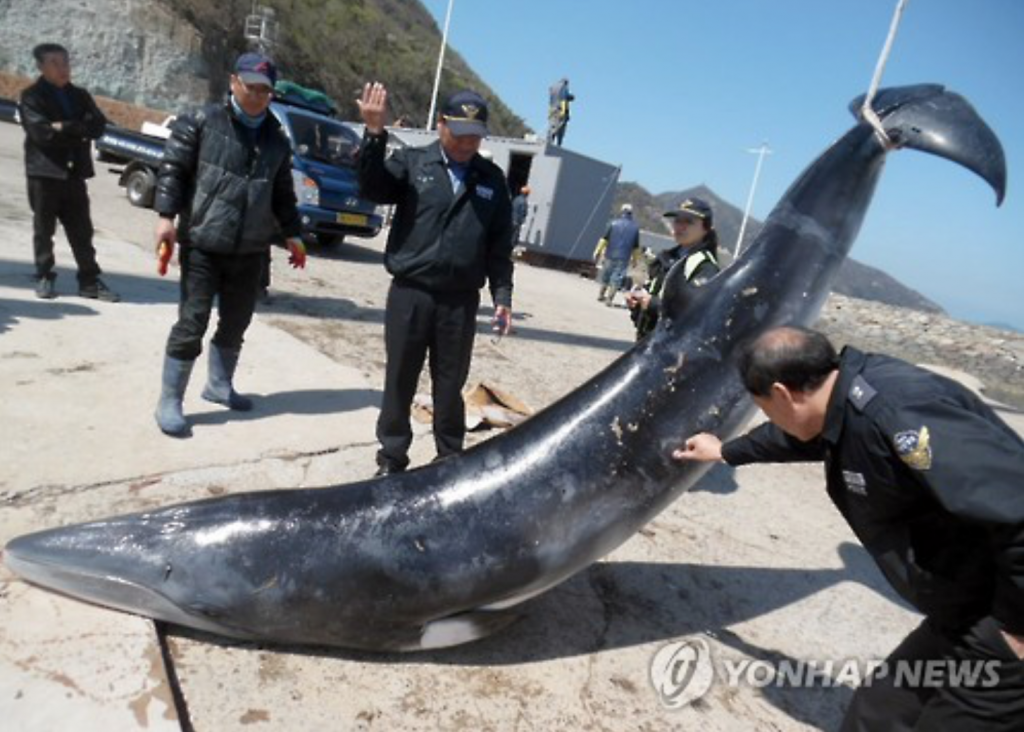 POHANG, South Korea, March 23 (Korea Bizwire) – Although poaching whales is illegal in South Korea, exceptions are made for incidental catch of the sea mammals, including minke whales.

According to the Cetacean Research Center, 352 minke whales were caught in South Korean waters from 2012 to 2016 as a result of incidental catch. The annual numbers fluctuate, but usually range from 50 to 100.

When fishermen find dead whales in their fishing gear, the Korea Coast Guard must confirm that they weren’t the result of illegal poaching, after which the whale is permitted to be sold.

As unfortunate as it is for the mammals, minke whales are highly valued, which is why they’re often referred to as the “lottery of the sea” among the local fishing community. A five-meter whale typically sells for 40 million won ($35,727).

A relatively small 3.6-meter whale caught near Uljin on March 22, for instance, sold for 17 million won, while a 5.9-meter minke whale captured near Yeongdeok on March 21 went for 63 million won. 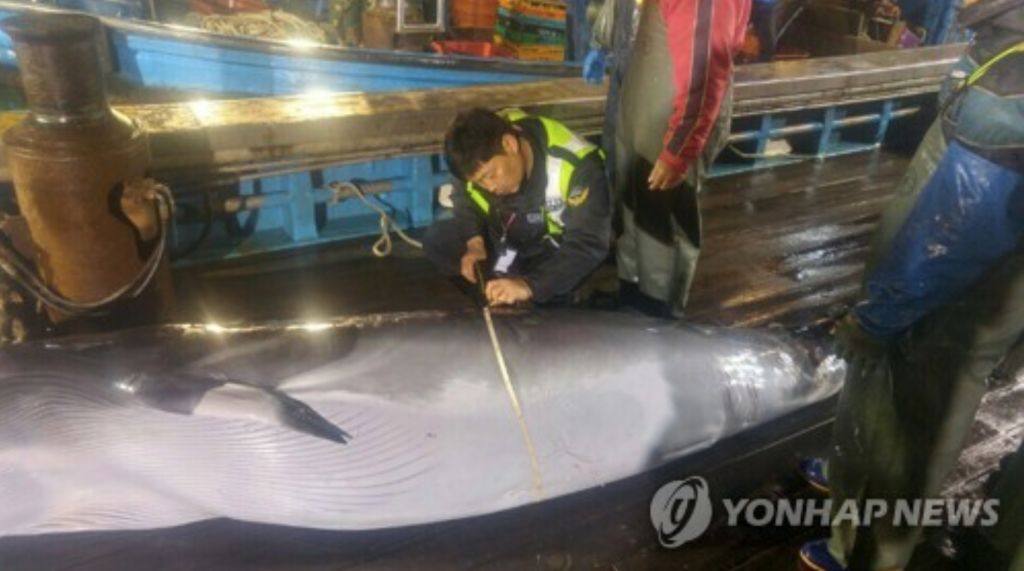 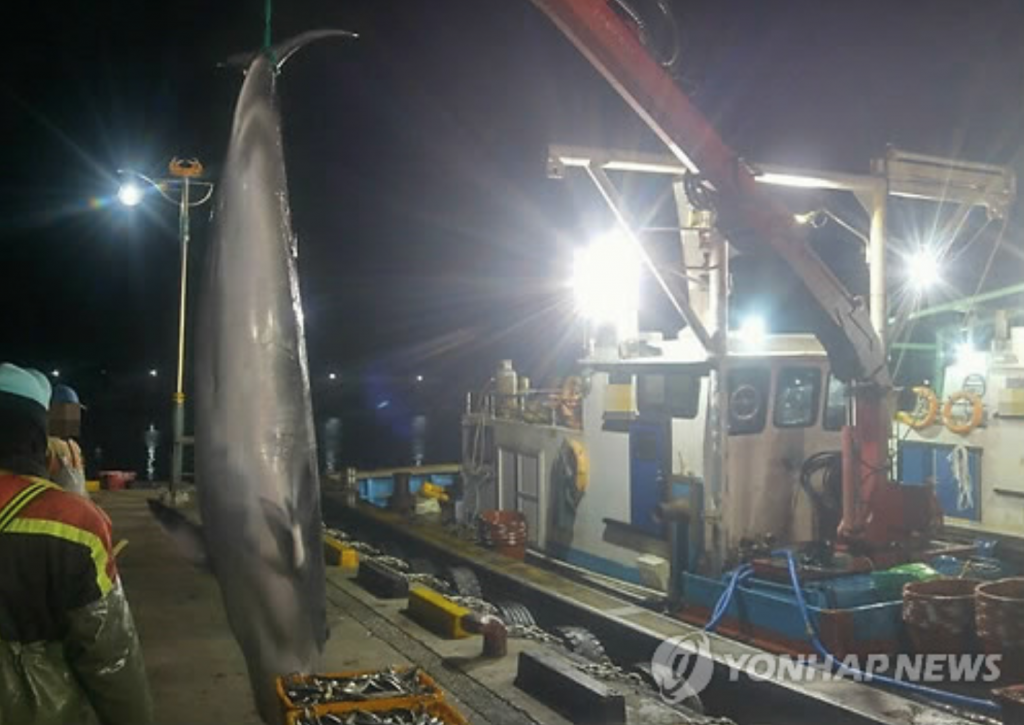