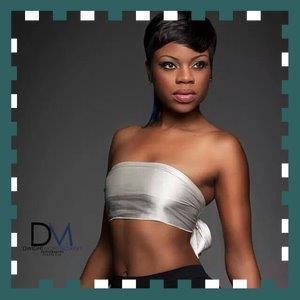 MIAMI, June 7 (Korea Bizwire) – Isaac Daniel Group Management International, (IDGMI),  a recognized leader in emerging technologies, has announced the signing  of a South Florida modeling and talent agency — Avenue Productions — the  first such agency in the world to use Reel Code® to promote  its clients.

The multimedia demands of the fashion and production industries present  their own challenges. Reel Code is an interactive solution to help model  and talent agencies like Avenue Productions to select or promote just  the right person for photo or video shoots, as well as television and  movie roles. Using Reel Code Media, art directors can preview  prospective models’ photos, videos and audio recordings all from one  image or ‘comp card.’

President of Avenue Productions, Dana West looks forward to using this  tool to enhance the ability to promote her Models and Talent to Industry  Executives. “I have never seen a marketing tool that can not only save  time but also promote talent and increase bookings dramatically. I am so  excited to introduce this concept to my models and talent, now they will  be able to showcase their abilities with the touch of a finger,” said  West, an industry veteran with over 35 years of experience.

Reel  Code Media™ enhances the standard tool of the trade – the comp card  – allowing it to virtually come alive and more fully show off the  full range of talent of the models. The new technology was first debuted  at the Mercedes-Benz Fashion Week Swim, in South Beach last year,  followed by the Mercedes-Benz Fashion Week at Lincoln Center, where it  was utilized by show producers to highlight the 96 designers involved in  the show, music from MBFW DJs, plus a live stream of all social media  mentions related to the events at the shows.

The innovative augmented reality Reel Code® app, with its  trademarked, patented, and patent-pending software, allows users to scan  a single coded image and access up to four types of interactive content.

Users control the content from the touchscreen of their smartphone or  tablet. For models, content may include photos, videos of them in action  and audio of them speaking, helping the viewer to gauge their  personalities – a big leap from prior versions of comp cards. This  preview saves both the model, their agency and prospective companies  valuable time and lost effort in the selection process. Using  interactive augmented reality to promote themselves is smart marketing  for models or other talent who are paid different amounts based on  usages of their image or performance.

Former NFL player James McKnight, currently a model and motivational  speaker, uses Reel Codes with videos and images from his speaking  engagements and modeling shoots to promote himself to prospective  organizations. “Every football player has a highlight reel of their  performance on the field. Using Reel Code is a natural transition to  demonstrate my skills as a speaker to interested organizations before  they book me for an event.” says McKnight.

“We expect this to spread quickly in the modeling and talent agency  world,” said Howard Brooks, SVP of Operations of IDGMI. “Because it’s  easy to upload a new photo or video to your comp card, your visual  portfolio stays up-to-date with your latest work. That’s very important  in the competitive world of modeling and casting for productions and  events.”

The free Reel  Code Media app is available for download at Google  Play® and the App Store®.