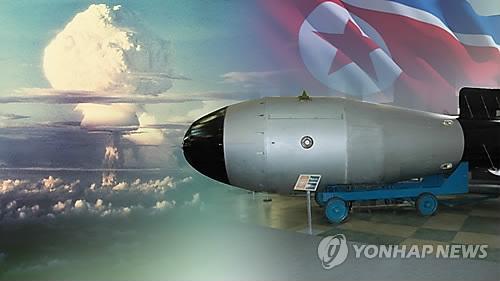 SEOUL, May 2 (Korea Bizwire) — South Korea’s defense ministry said Monday that North Korea could carry out its fifth nuclear test around its party congress slated for late this week as it is seen to have completed all preparations.

“There is a possibility that the North would conduct an additional nuclear test and fire off a (mid- or long-range) missile in a blitzkrieg manner around the party congress,” said ministry spokesman Moon Sang-gyun. He said the South Korean military is keeping close tabs on the situation.

The Workers’ Party of Korea (WPK) plans to open its first party congress in more than 30 years on Friday, a move expected to help North Korean leader Kim Jong-un reaffirm his tight grip on power.

The party congress comes amid growing speculation that Pyongyang may instigate an additional nuclear provocation in the runup to the party event following its fourth nuclear test in January.

In March, the North’s leader said that his country is ready to conduct a nuclear warhead test and launch ballistic missiles “in a short time.”

In April, North Korea pushed ahead with launches of three intermediate-range ballistic missiles in a two-week period, though all the launches ended in failure.

Experts and government officials said that the North’s launches of the Musudan missiles seemed to be aimed at building up the country’s accomplishments ahead of the party congress.

“The government assesses that North Korea appears to have completed its preparations for the nuclear test,” Moon said. “It would not be easy to detect signs of the nuke test in advance if the North detonates an atomic bomb in a surprise manner.”

Satellite imagery shows continued low-level activity at North Korea’s nuclear test site in Punggye-ri, making it difficult to determine whether the North’s nuke test is imminent, according to 38 North, a U.S. website monitoring the communist country.

South Korea’s unification ministry also said that Seoul is closely monitoring the situation though particular signs have not been detected.

“The government is open to all possibilities (regarding the North’s nuke test) and raising its guard against it,” Jeong Joon-hee, a ministry spokesman, told a regular press briefing.