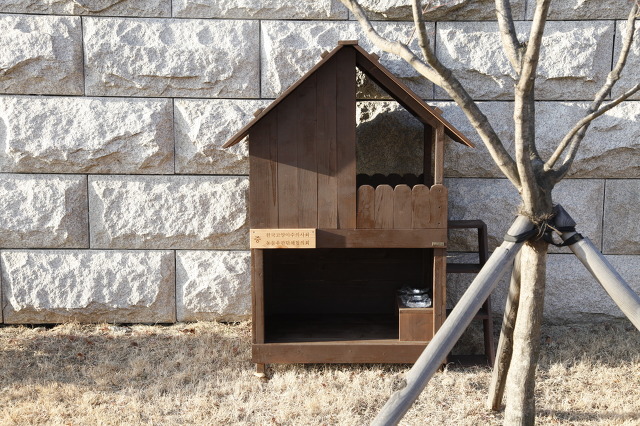 The shelters, in the form of two-story mini-cabins, will provide a resting place for the animals to escape the cold and rain, officials said, adding that the organization will be providing the food and anti-parasitic medication required for the feline guests.

“Hidden ‘cat moms’ and ‘cat dads’ (referring to people looking after stray cats) working at the national assembly will now be feeding the cats and keeping the shelters in good condition,” an official said.

The Korean Society of Feline Medicine will also be providing TNR (trap-neuter-return) surgeries for the stray cats to help control the population in the neighborhood.

The venture was made possible with the support from a handful of lawmakers, including National Assembly Secretary-General Woo Yoon-keun, who approved the project.