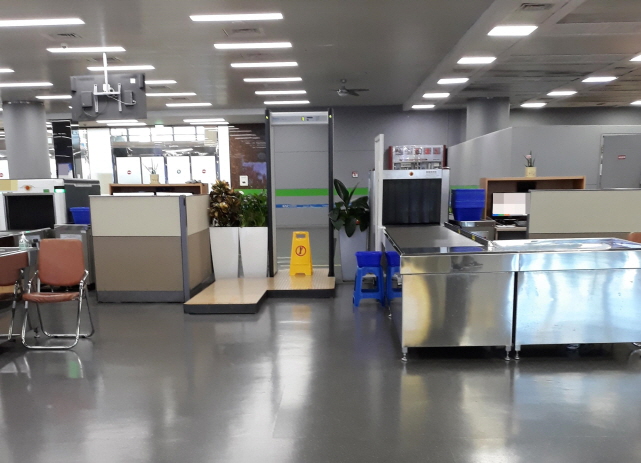 A security checkpoint at the airport. (Yonhap)

SEOUL, March 11 (Korea Bizwire) – In the future, passengers will be able to go through security checks with their pets in their arms if they want to.

The Ministry of Land, Infrastructure and Transport said Tuesday it will establish and implement an “airport security enforcement plan” to enhance airport security and minimize inconvenience to users.

Firstly, security screening methods for companion animals will be improved.

Accordingly, companion animals will be allowed to be searched in the arms of their owner if the owner wishes to do so.

If security checks are delayed more than usual, airlines will be required to notify users in advance.

At the same time, the target area for “hotel baggage check service,” or Easy Drop, will be expanded starting in September of this year.

A pilot project at the Holiday Inn Hotel, an affiliate of Jeju Air Co., South Korea’s biggest low-cost carrier, has shown no problems with aviation security and high passenger satisfaction.

The plan will be expanded to hotels in major areas of Seoul and will be implemented in consultation with local governments to secure a foothold in the metropolitan area.