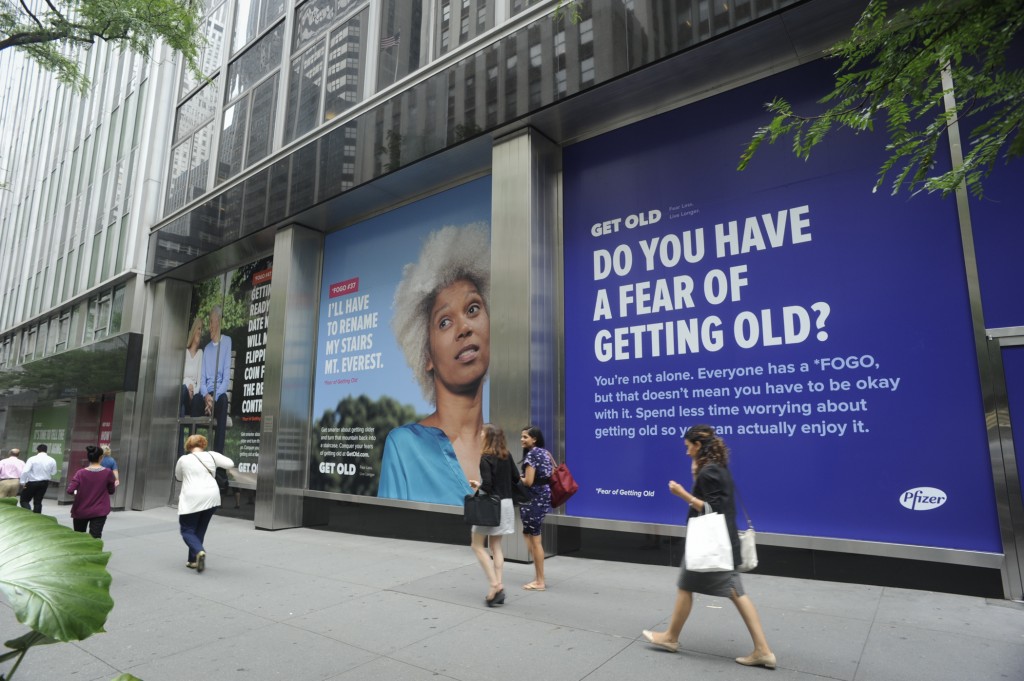 A recent survey, conducted online by Harris Poll on behalf of Pfizer’s Get Old, found that 87% of Americans have at least one fear when they think about getting old. (image: Pfizer/ Business Wire)

NEW YORK, July 16 (Korea Bizwire) — Life expectancy continues to climb — up to more than 81 years for women and 76 years for men – but many of us have concerns around aging. Pfizer is challenging Americans to address their #FOGO – Fear of Getting Old – as the next phase of Get Old, an initiative by Pfizer around aging, encouraging honest conversations and celebrating getting “old” at whatever stage of life you are.

“We want people to Get Old with a new attitude. If you address fears or concerns today you can work to make the right health and lifestyle choices that will impact how you age tomorrow,” said Freda Lewis-Hall, M.D., Chief Medical Officer at Pfizer. “People of all ages should start thinking about how they want to age, and turn fears into healthy actions.”

A recent survey, conducted online by Harris Poll on behalf of Pfizer’s Get Old, found that 87% of Americans have at least one fear when they think about getting old. Decline in physical ability is the most feared by 23% of Americans, followed by memory loss at 15% and having a chronic disease or running out of money at 12% each – all of which are higher than the fear of dying at 10%.

Additionally, a separate social research study found that the majority – 62% – of the 4.2 million Tweets posted about aging in the last 12 months were negative.In the analysis, health and wellness were the most commonly discussed Tweet topics and were up 48% in 2014 versus 2013.

A study by Pew Research suggested that these aging concerns may be unnecessary. In the study, those over 65 experienced less issues like memory loss and illness than were expected by those under 65.

Get Old’s refresh will tackle these fears head-on by bringing wit and wisdom to aging through a social and digital initiative. GetOld.com and social channels will feature new, engaging, shareable content to address the Fears of Getting Old (#FOGO) including:

These educational efforts are supported by more than a dozen Get Old partners, including National Council on Aging, American Sexual Health Association and Men’s Health Network.

Get Old, developed by Pfizer in 2012, is an ongoing initiative to foster candid conversation around aging, redefine what it means to ”get old” and encourage individuals to make healthy behaviors to age the way they want.

Other Pfizer health and aging efforts include: