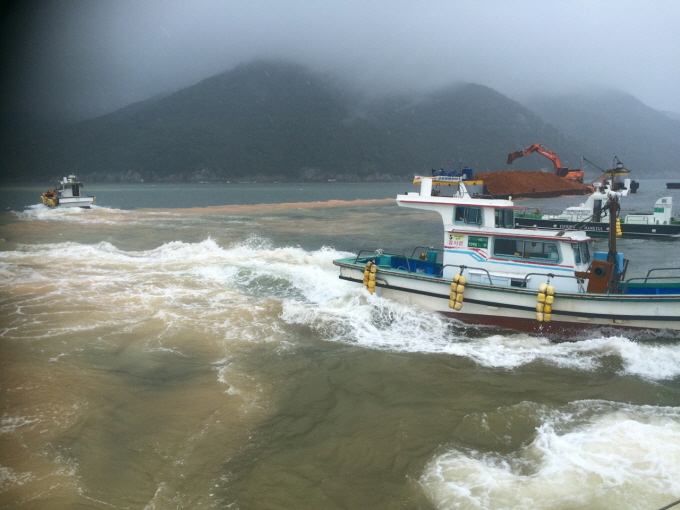 SEOUL, Jul. 18 (Korea Bizwire) — The National Institute of Fisheries Science revealed yesterday that it had created a new information system that measures the onset of red tides based on big data.

The existing system requires seven to eight hours for analytic results to be released, because the collected data is reported by fax and email after red tide is initially reported.

The new system is divided into two operations; one shares red tide-related information with the administrative support system, while the other system forecasts the onset of red tides based on big data.

The administrative support system is to be utilized by field agents who enter the location and environmental details of red tides into a smart phone application that transmits the data to the institute’s cloud storage system, and is thus shared with other institute officials in real-time.

The forecast system processes real-time information such as water temperatures collected from 510 field offices, as well as past data on red tide occurrences.

Additional information provided by the Korea Meteorological Administration and Korea Hydrographic and Oceanographic Agency and overseas institutions such as the National Oceanic and Atmospheric Administration are also factored into the system to forecast the expected path of the red tide.

In addition, the National Institute of Fisheries Science has developed a data logger to ensure that the time needed to collect marine environmental data is shortened.

The president of the institute, Dr. Seo Jang-woo, said that the new system will enable researchers to make more scientific forecasts.

“I hope that the new system will help decrease the damages incurred by red tides,” said Dr. Seo.