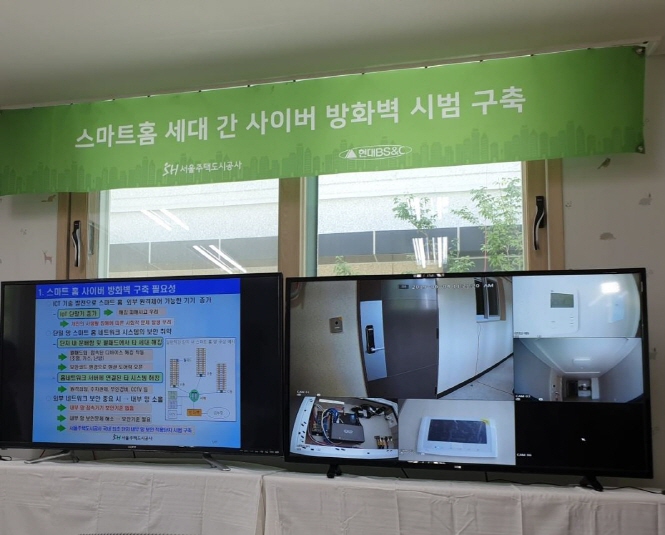 SEOUL, Jun. 5 (Korea Bizwire) — The Seoul Housing and Communities Corporation (SH) has implemented a firewall system between households to protect the privacy of each home network.

In the age of smart homes, where an increasing number of household functions are being connected to the internet, a need for network privacy is becoming more crucial than ever.

Normally, a firewall is installed between the home server and the external network for protection against hacking.

There are no firewalls available, however, between households in an apartment, exposing each and every household to the risk of being hacked from within.

“Basically, all the devices controllable with the wall pad installed in a smart home can be hacked,” said SH.

Installing a Point Gateway has changed all that.

A hacker participating in a demonstration attempted to scan the network, but the scans failed to detect any device nor anything that could be controlled.

“Point Gateways cost 200,000 won (US$169) per unit, which is probably why construction firms are more or less reluctant to install them,” said Hyundai BS&C.

SH plans to establish the security requirements for smart homes this year and install additional Point Gateways across various households.