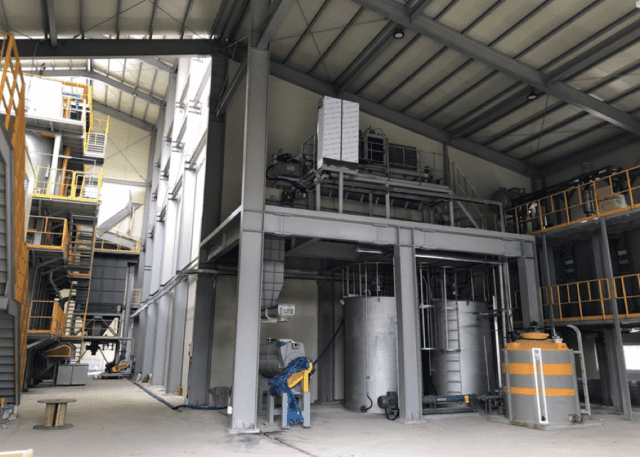 This photo provided by the Ministry of Land, Infrastructure and Transport shows a demonstration facility in Incheon.

The real life application is pending for the new technology since demonstration testing is already complete.

The Ministry of Land, Infrastructure and Transport and the Korea Agency for Infrastructure Technology Advancement jointly announced on Sunday the development of a new means of processing the three types of urban waste simultaneously, and reusing them as energy

Thus far, urban waste has been processed separately at different facilities, thereby falling behind in economic value and energy efficiency.

The newly-developed technology, however, attempts to mitigate environment and energy problems at the same time by collecting various types of waste in a single facility and converting them into energy through multi-plant processing.

The research team set up a demonstration facility within the Sudokwon Landfill Site in Incheon.

The demonstration testing was completed in October and November of last year when the facility supplied heat energy to a public golf course in the neighborhood.

Using this new method, the golf course was expected to save 330 million won (US$292,000) per year in energy costs, while reducing the processing cost by about 30 percent compared to separate processing of the three different wastes.

The ministry explained that converting the daily waste of 22.6 tons generated by 7,000 houses into energy would enable 550 households to achieve energy self-sufficiency, while reducing carbon dioxide emissions by 2,466 tons per year.