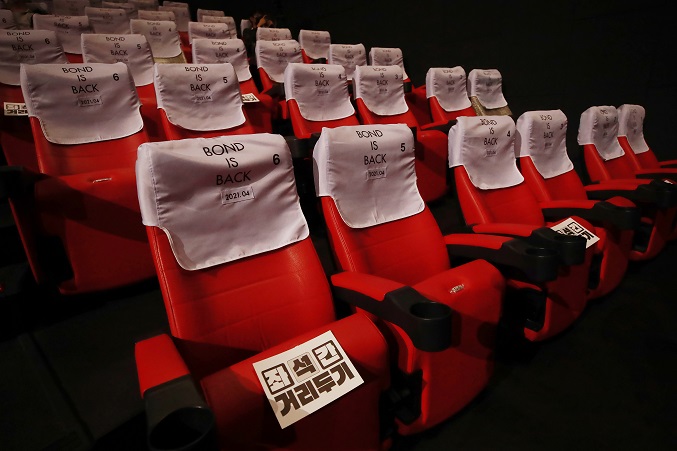 SEOUL, Nov. 27 (Korea Bizwire) – The number of weekday moviegoers in South Korea dropped this week under the heightened antivirus curbs during the third wave of the new coronavirus pandemic, data showed Friday.

The figure is expected to be in further decline as concerns are swelling over a recent hike in COVID-19 cases.

The daily caseload of the virus reached 569 on Friday, surpassing the half-century mark for the second straight day. Of those, 525 were local infections, and 337 of them came from the greater Seoul area.

The recent trends have prompted the government to consider enforcing tougher social distancing rules in and around Seoul. The area is currently under Level 2, the third highest in the five-tier system.

Under Level 2, which took effect Tuesday, eating and drinking in movie theaters is banned, and all visitors must sit at least one seat apart.

Meanwhile, “Neighbors,” a comedy-drama directed by Lee Hwan-kyung, attracted only 35,607 viewers Wednesday, the day of its release, and 24,351 the next day to rank No. 1, according to the KOFIC.

The movie, inspired by the story of former President Kim Dae-jung, who was placed under house arrest by the military regime for leading a democratization movement in 1978, was the first new local film in two weeks.