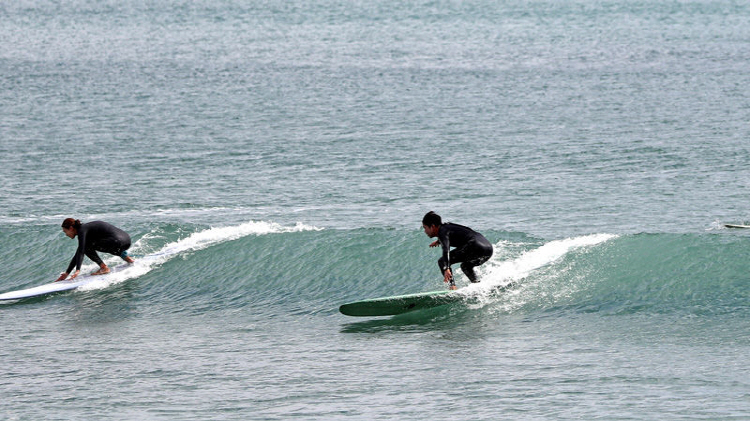 GANGNEUNG, Jun. 26 (Korea Bizwire) — As avid surfing fans in Korea gear up for the official opening of beaches next month on the nation’s eastern coast of Gangwon Province, regulators worry that the clash between surfers and beachgoers may put citizens at risk.

And as many surf shops have opened in Yangyang County, popular among surfers for its big waves, regulators say that beaches may end up being overcrowded, unable to accommodate all the beachgoers that come to the area.

According to a report regarding the issue commissioned by Yangyang County, 41 surfing entities out of a total of 70 in the nation were registered in Yangyang.

Of those in Yangyang, 68 percent of the surf shops were located near the beach in Jukdo, a popular hotspot among surfers that visit each weekend during the high season.

As Yangyang becomes more populated with wave seekers, surfers have sought out other beaches in Gangneung.

Although official data on the total number of surfers coming to Gangneung is not available, a source that manages one beach in Gangneung said that over 7,000 surfers visited last year.

While surfing continues to gain in popularity as a summer sport, regulators warn of accidents that may arise as swimmers come into contact with surfboards.

While surfers are notified beforehand not to surf in areas where people are swimming, some surfers were found to be violating this rule in pursuit of bigger waves.

The city government of Gangneung has confirmed its plan to operate separate zones for surfers and swimmers during the summer season.

In addition, city officials will be holding info sessions on surf and beach safety across the country as the official summer season nears.

One city official said that the sea is a public asset that should be shared by all, but noted, “Safety education will be carried out to prevent accidents between surfers and swimmers from occurring.”