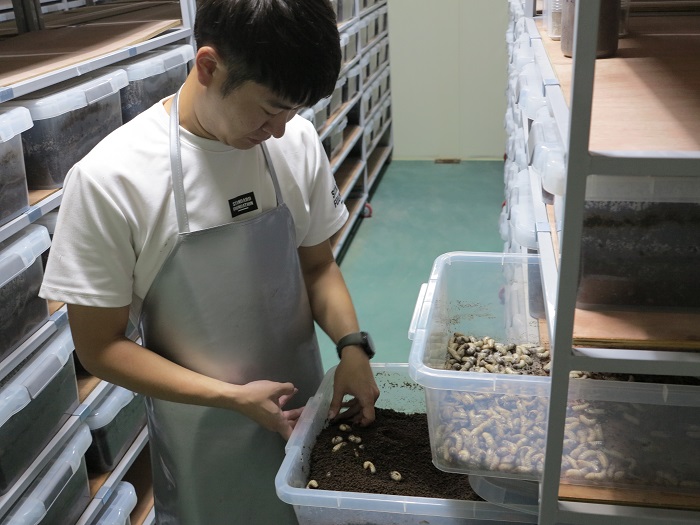 The county government announced on Monday that it will organize a project group that consists of local insect farms, which will take charge of investing 30 million won (US$26,614) of government subsidies into designing an online shopping mall for food products made from insects, and coming up with various strategies to improve their quality.

Over the last couple of years, Okcheon County saw an increasing number of farms raising protaetia brevitarsis, larvae of various beetles, and other edible insects.

Manufacturers that use insects as a source of food have also increased in number.

Global Food Co., a South Korean manufacturer of sundae (Korean blood sausage), used powdered larvae of darkling beetles to create the ‘insect sausage’, which is known to be better both in taste and nutrients.

Named as the Gosoae Sausage, the product is already being sold across South Korea. 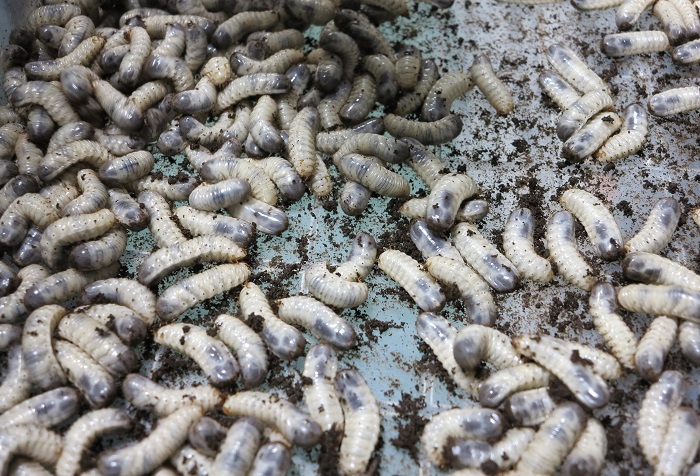 Okcheon County, over the last two years, has been training 50 new experts every year and providing farms with tools for raising and processing insects.

The county government will invest 40 million won (US$35,486) this year on local insect farms to purchase necessary equipment.

“Ever since they were approved for use in food products in 2016, insects are emerging as a blue ocean in the agricultural sector,” said an Okcheon County official.

“We are expanding our investments to ensure that we take the lead in the market.”