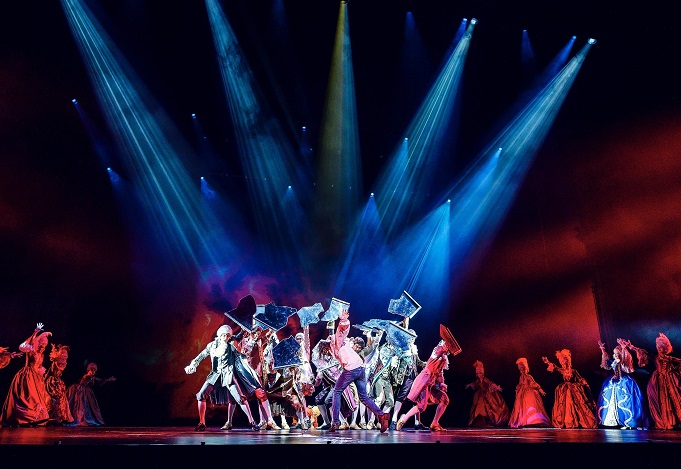 This photo provided by EMK Musical Company shows a highlight from the musical “Mozart!”

SEOUL, Oct. 7 (Korea Bizwire) — The South Korean public is demonstrating mixed views toward artists and performers as they tap online platforms to overcome the coronavirus.

Online performances enable audiences to watch their favorite artists from the comfort of home. An addition, affordable ticket prices work as an opportunity for audiences to enjoy popular musicals that were previously out of their reach financially.

For instance, ticket prices for the online performance of the musical “Mozart!,” a Korean adaptation of the German-language production of the same name, went from a previous offline price of 150,000 won (US$130) down to 30,000 won.

Viewers can also communicate with staff or others via a live chat box located on the side of the live stream video.

However, improvements have been called for when it comes to sound and limited camera angles.

Viewing performances on mobile phones, laptops or tablets fails to ensure the sound quality available in offline theaters. While online platforms boast great accessibility, this comes at a price of lower sound quality and technical limitations.

Also, viewers are deprived of the option of choosing which angle they would like to watch during the show.

While zooming in on actors to better engage with their performance is an online strength, the viewers have no choice but to follow where the camera goes.

What’s worse, many viewers struggle with network problems or other technical issues when playing videos on their device of choice. Viewers find it difficult to concentrate on the performances since they are not in an ideal location, such as a theater, to watch them.

Theaters are scrambling to hold online performances as the coronavirus has left offline performances in ruins. Technical limitations and camera angles are priority concerns for many theaters since they are crucial to the success of the performance.

“We will tackle these issues bit by bit. The market for paid videos will expand,” said Kim Ji-won, vice president of EMK Musical Company.